A release of a deed of trust is an event that occurs when a deed of trust (often referred to as  a mortgage) is paid off, either through refinance, sale, or when all payments have been completed on a home loan. It is a "positive" economic indicator in sense that areas with improving economies tend to generally also report increases in releases of deeds of trust. Mortgage rates tend to be a major factor in release of deeds of trust activity since release trends tend to reflect refinance and home purchase activity.

As the first graph shows, however, total release activity has changed very little of the past three quarters: 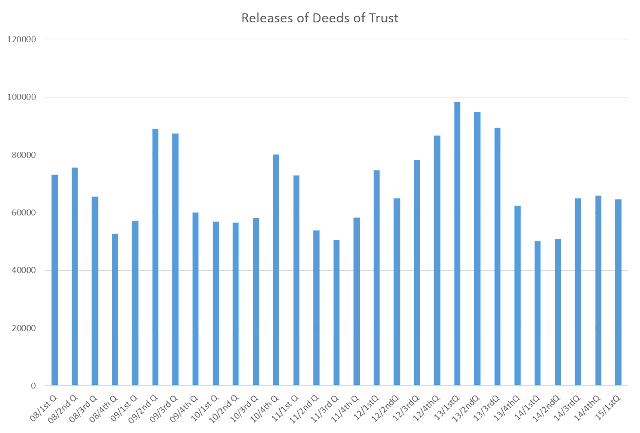 The chart shows the totals for each county surveyed, with a year-over-year comparison. We see that only Alamosa County reported a decline in release activity. So, overall, we can say that real estate transaction activity has been generally increasing across the state, with the possible exception of the San Luis valley. All other regions show increases, however. 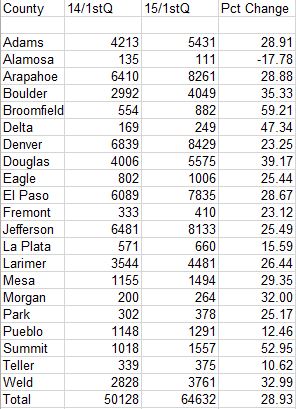 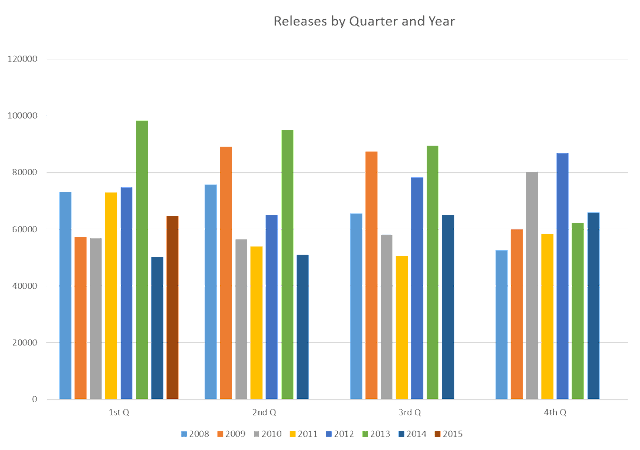 Over the past three quarter, though, activity has changed little. Only Eagle County has shown a large swing in recent quarters with the rest of the counties surveyed reporting very muted changed, none of which exceed 10 percent movement in either direction: 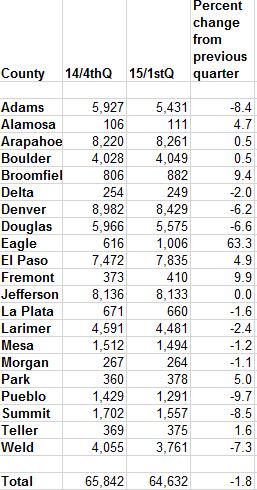 Why so little change? What's surprising is how little release activity has moved in recent quarters in spite of new declines in the mortgage rate. Historically, release activity increases when mortgage rates fall. However, in recent quarters, we see that the 30-year conventional mortgage rate is falling with very little reaction in terms of releases. This suggests a couple of things: It tells us that loose monetary policy is having a diminished effect on real estate activity, and it also suggests that inventory is very low. Moreover, it also suggests that those who have been eligible for refinance in recent years have already done their refinancing. In other words, the households who are likely to buy new homes or refinance have already largely done so. The sorts of release activity we'd expect from a mortgage rate below four percent haven't been showing up. 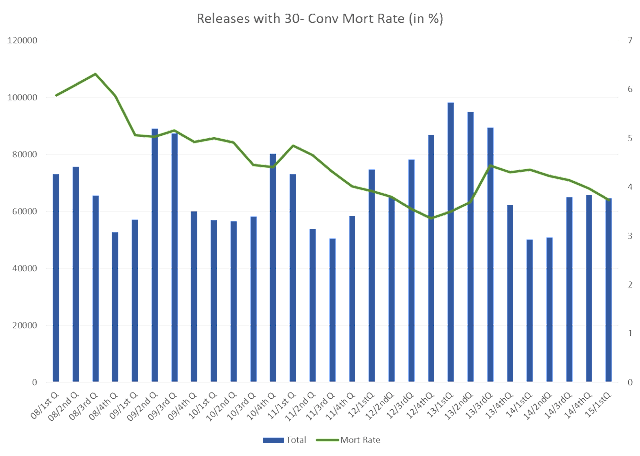 Finally, let's compare all the counties surveyed taking population size into account. If we look at the total number of households per release, we find that Summit county has the most release activity while Alamosa had the least (a lower number in the right column indicates less activity.) As is often the case, we find that mountain areas and more high-income areas show the most activity while lower-income and areas with less fashionable real estate shows less release activity. This isn't a rock-solid rule, but in general, it is often the case: 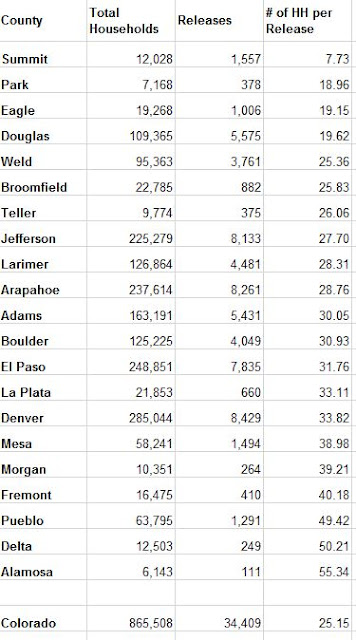 Overall, release activity is moderate, as might be expected in relatively high-demand real estate markets as are found across much of Colorado. However, if we look at longer historical trends, we find that activity is down considerable from the days of the 2003-2007 housing bubble in spite of rock-bottom mortgage rates (2015 is 1st Q only): 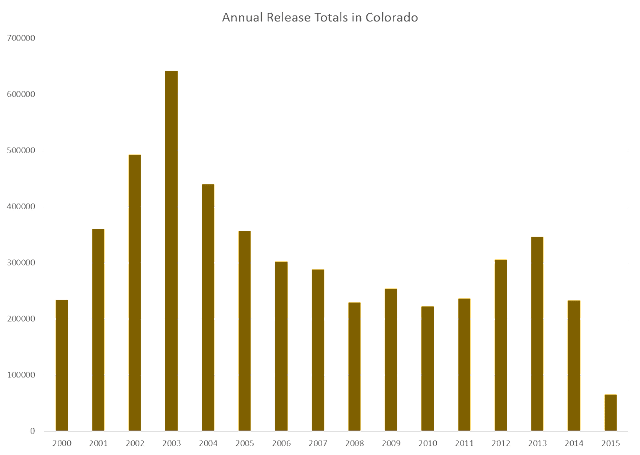