I think this is an image of my cousin Jose de La Luz Nunez and his wife or sister. I'm not sure. I'm also having trouble making out the note which reads (sort of): 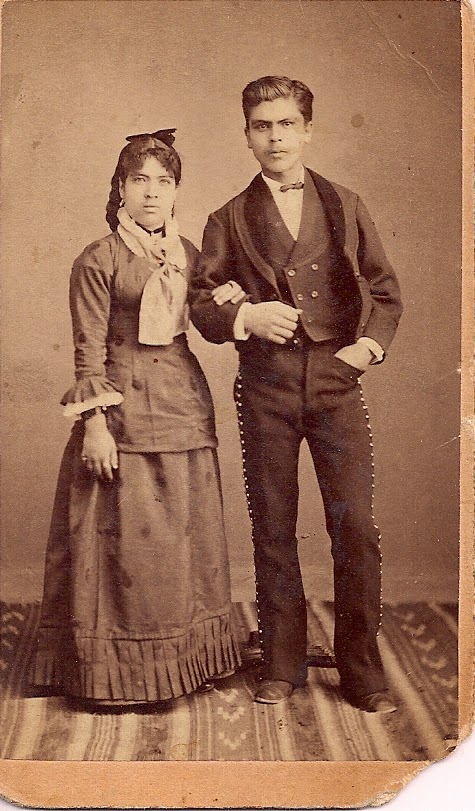 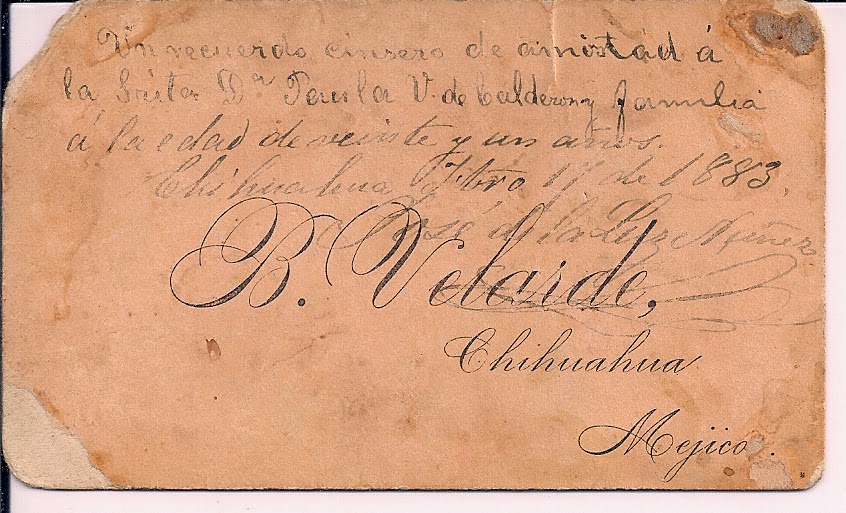 From what I can make out, this photo is of my great-grandmother Julia Calderon de Nunez. The back has a note, paraphrased in English: "to my sister Calixta Calderon de Herrera, Chihuahua, April 7, 1882, Julia Calderon." 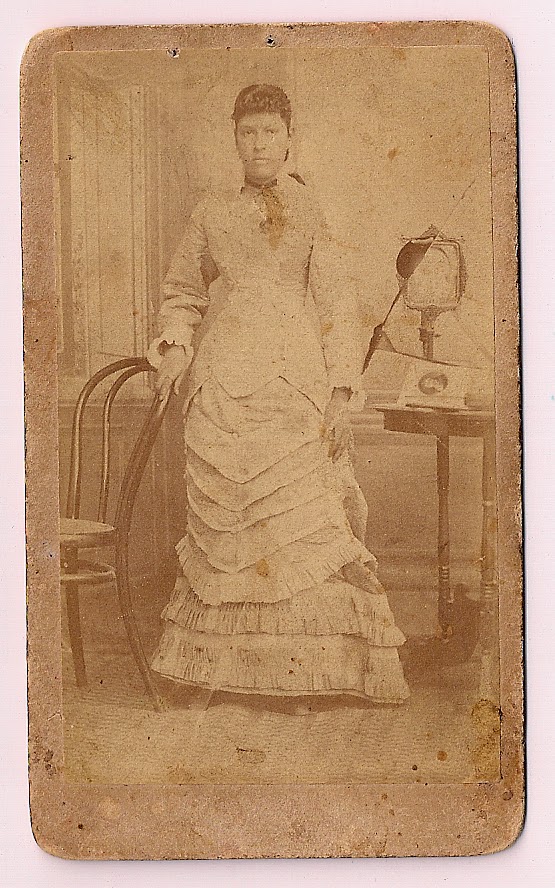 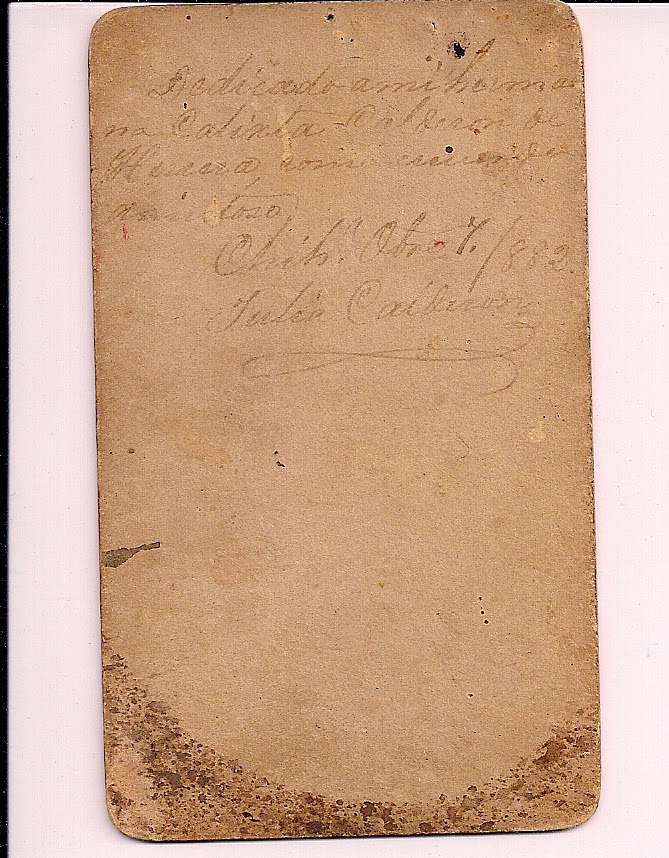 My grandmother's sister Ester Nunez, probably from after 1910: 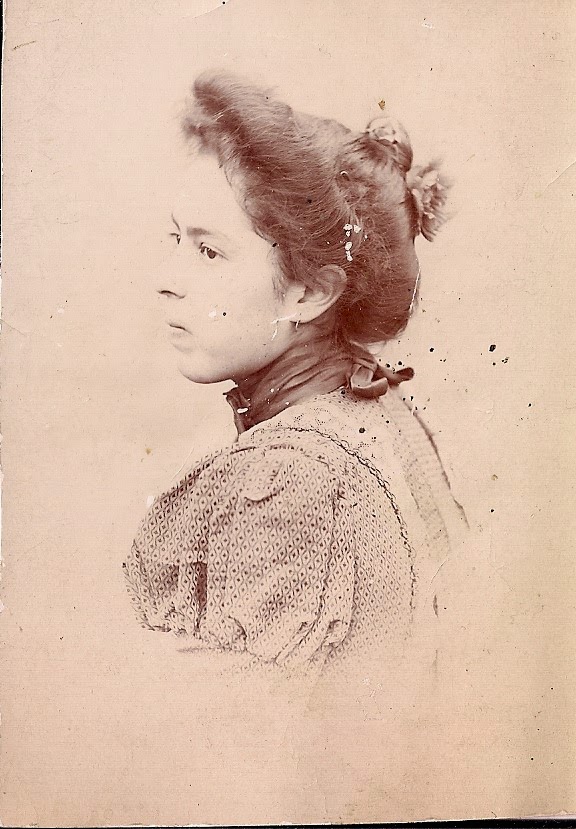 A portrait of three woman found in the Nunez-Calderon collection, but unlabeled. 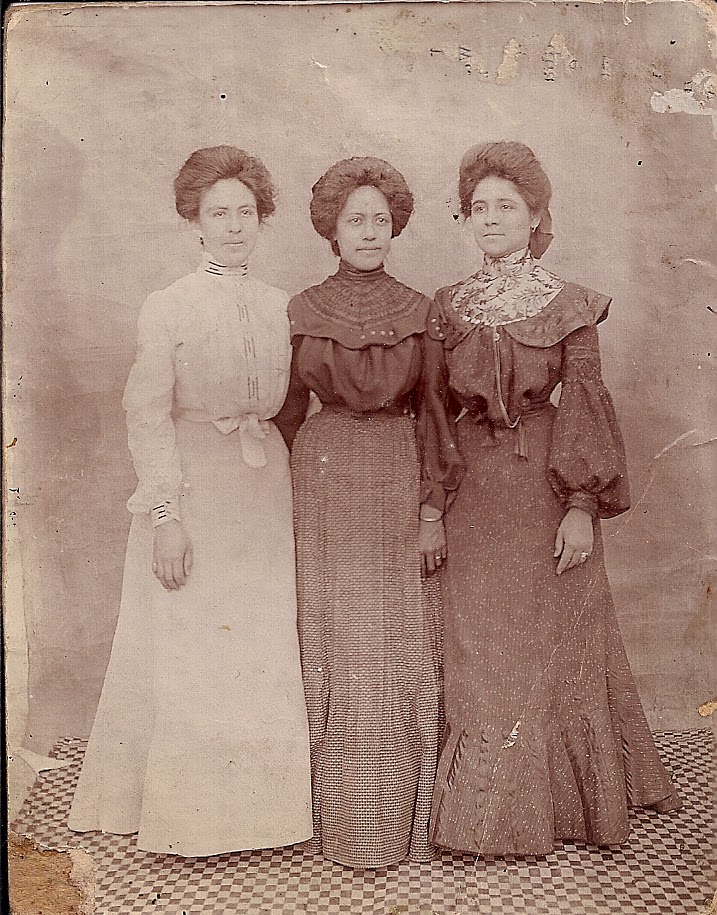 
The labels to this photo and the photo were given to me by Herbert Ross McMaken, Sr. (1906-1993). This is a family reunion that took place near Ft Wayne, Indiana in 1908. The most common names found in the key are McMaken, Banks, and Jackson. Herbert ross McMaken is the small child on the far left, held my his mother, Jessie (Frech) McMaken. Herbert's father, Henry William McMaken, is standing behind Jessie. My great-great grandfather Henry Clay McMaken is standing fourth from the right. 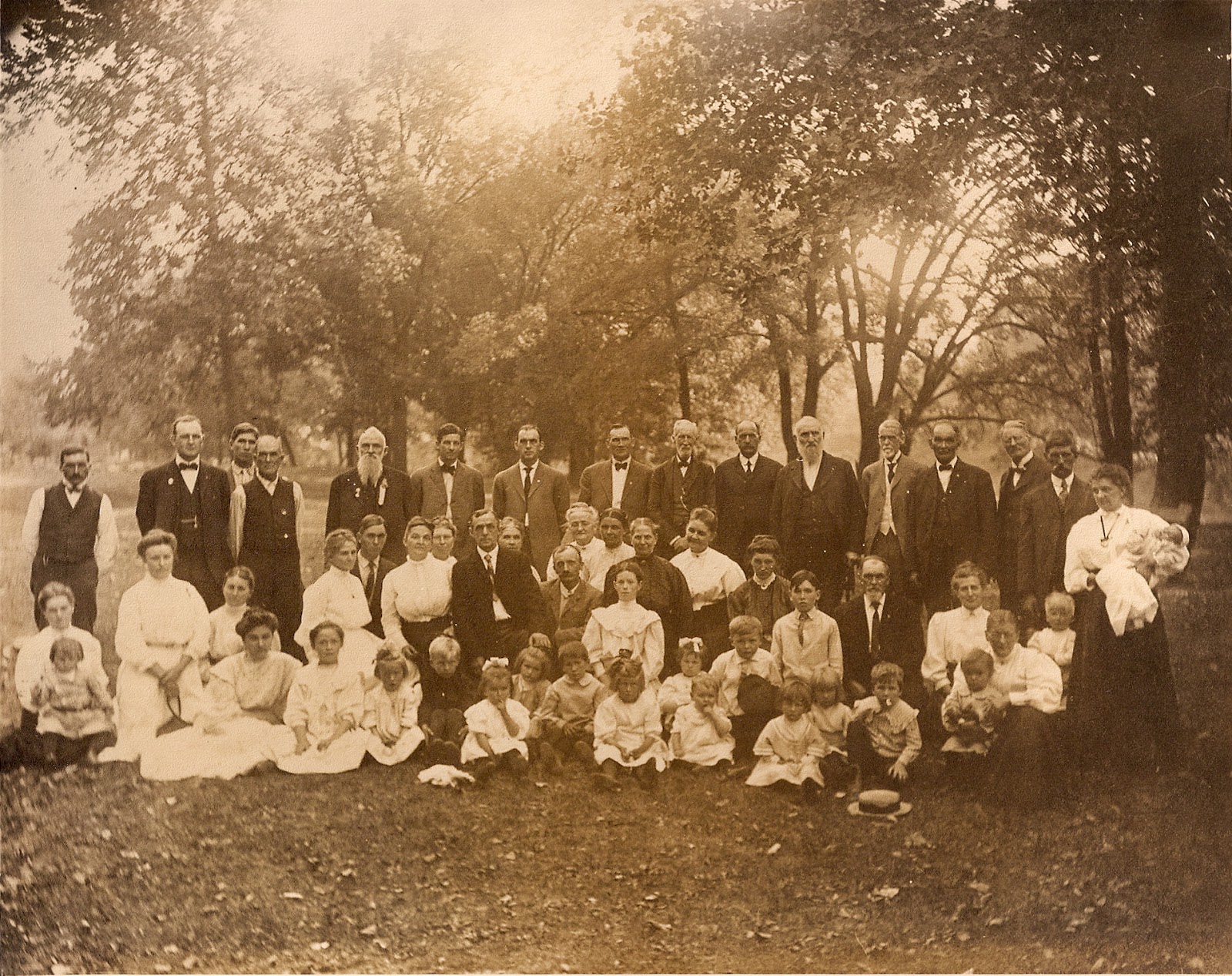 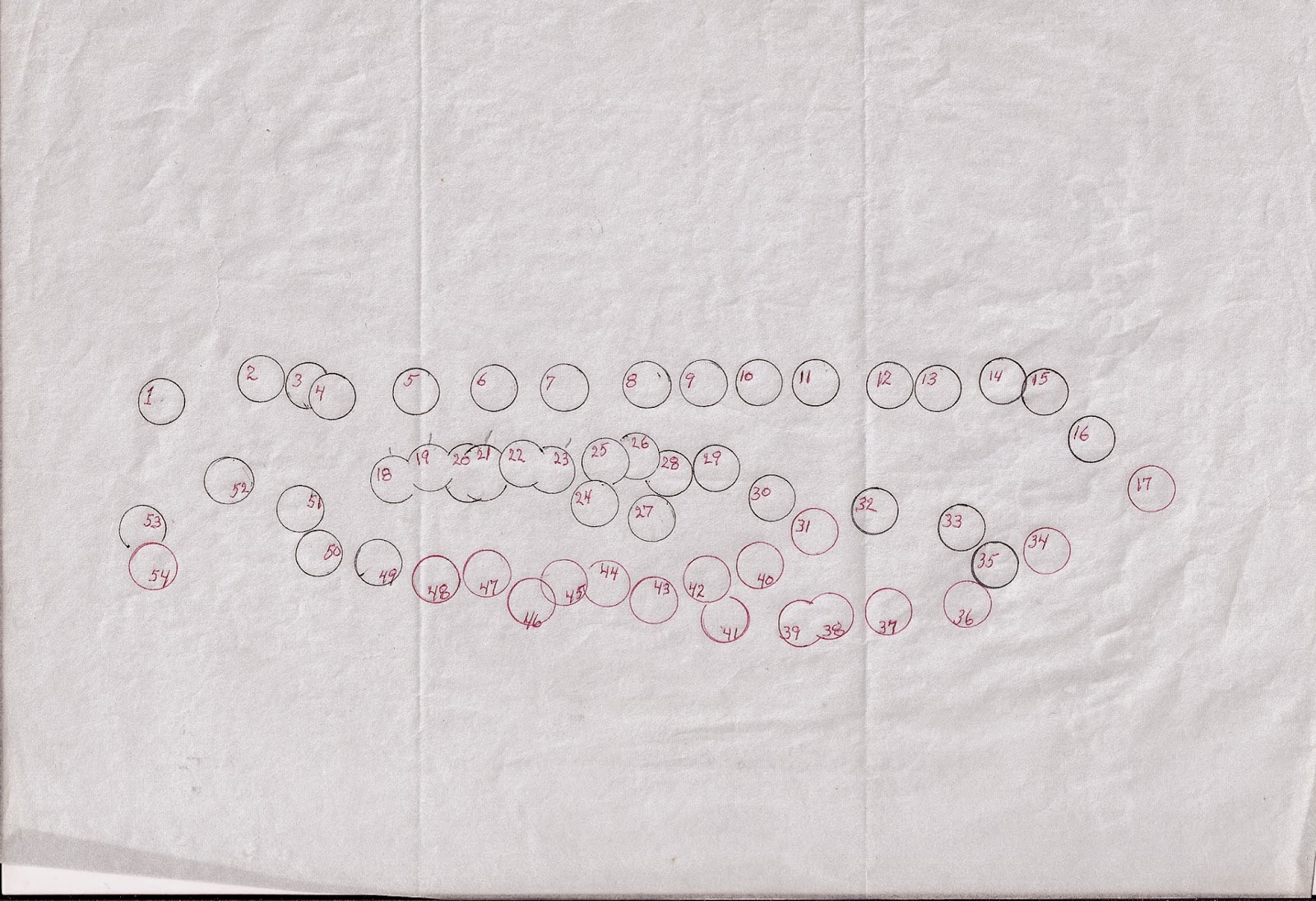 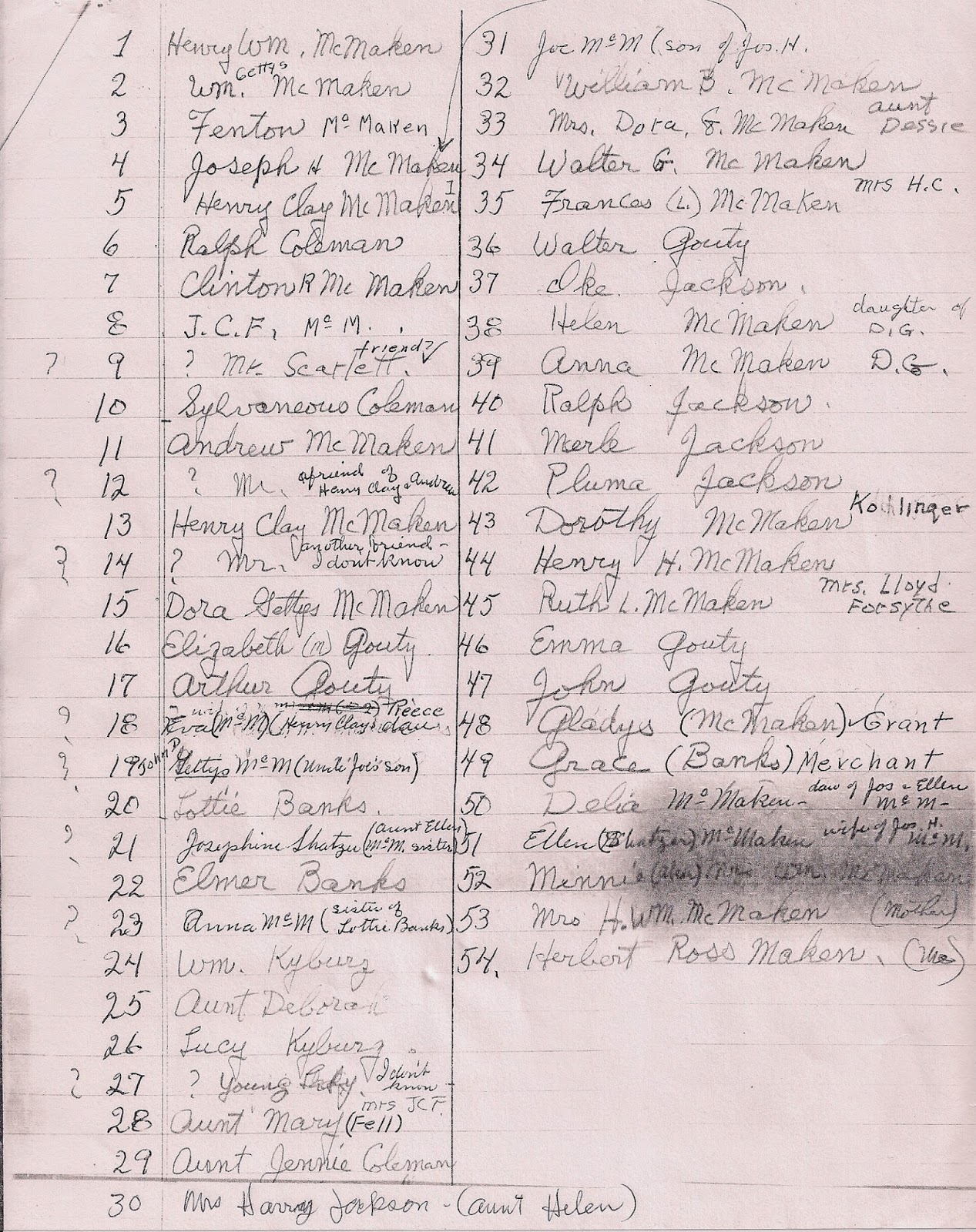