Q: Why does this blog exist?
A: The site was initially created as a place to post materials shamelessly promoting myself.

Q: Any other reasons?
A: Well, now that I am no longer the economist at the Colorado Division of Housing, I'm still interested in economic trends in Colorado and the American West. So, this is now a place for me to post charts and graphs and other analysis about Colorado's economy when I have some time to do it. Also, I have inherited a lot of historical photos from the late 19th and early 20th centuries featuring family members, so I'll post some of those here also.

Q: Well, if you're not longer the economist at the Division of Housing, what are you doing now?
A: Nowadays, I'm the communications director and economics editor at the Mises Institute.  The Mises Institute is an educational organization that regularly publishes new economics articles, scholarly journals, and books. We also fund research and the work of various graduate students and faculty working in our field. We have an annual academic conference and various programs for undergraduate and graduate students. I spend much of my time writing a weekly column for them, editing incoming article submissions, and working with authors.

Q: Do you have any other jobs?
A: I have taught collegiate political science off and on for the past nine years. I really enjoy teaching, and hope to do more of it again someday. Perhaps after I put my children through college.

Q: Who are you, anyway?
A; As you might have guessed from the domain name, my name is Ryan McMaken, My academic training in economics began at the University of Colorado in Boulder where I received a bachelors degree in economics in 1998. My area of emphasis was in money and banking. In graduate school, I continued my studies in political economy through the political science departments at Indiana University-Bloomington and at the University of Colorado-Denver where I continued course work in political economy, statistics, and public policy. I have an M.A. in political science from the University of Colorado with additional course work in statistical analysis, administrative law, policy analysis, and public policy through the Indiana University School of Public and Environmental Affairs, and the University of Colorado's Graduate School of Public Affairs.
In 2009, I created the Division of Housing's economics blog at www.divisionofhousing.com (no longer updated) which featured regular updates on economic trends and statistics related to housing and employment in Colorado and the Rocky Mountain region. I served as the economist at the Colorado Division of Housing from 2009 to 2014 working on general quantitative analysis, basic regression analysis, and data collection with the purpose of providing written analysis for reports and presentations.From 2008 to 2014, I served as the economics spokesman for the Division, and have been quoted in Bloomberg, The Wall Street Journal, Colorado Public Radio, The Denver Post and a variety of local news outlets such as KUNC, 9News and the Ft. Collins Coloradoan. See my clippings page for some examples.

Feel free to contact me at rwmcmaken AT gmail DOT com. 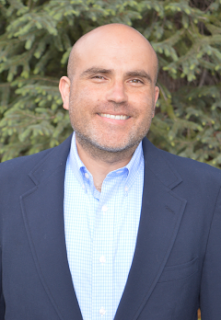