During the third quarter of 2015, the average multifamily vacancy rate in Colorado Springs dipped to 4.2 percent, which was the lowest vacancy rate recorded since 2001. 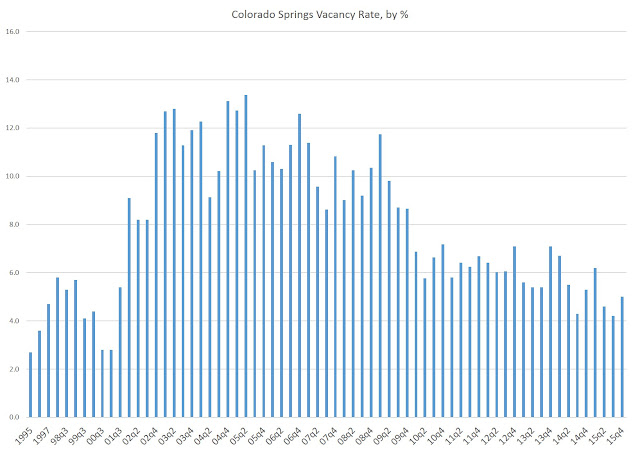 Clearly, the overall trend has been downward since 2004. In fact, the vacancy rate even went down in the midst of the 2008-2009 financial crisis. This was unusual because vacancy rates typically increase when unemployment increases. However, in Colorado Springs, the declining vacancy may have reflected a flight from homeownership to rental apartments in the wake of high foreclosure rates. 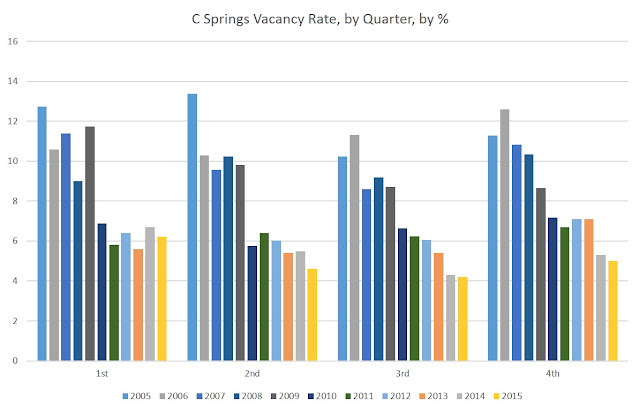 Several factors are driving rent increases, industry experts have said. Even as historically low mortgage rates make homebuying attractive, many people want to live in apartments. In particular, mobile-minded young people - so-called millennials - don't want to be tied to a mortgage and are driving demand, experts have said. Empty nesters who are downsizing and want maintenance-free living also are a part of the mix of renters. At the same time, the construction of Springs-area apartments isn't necessarily keeping pace. From 2012 through 2015, nearly 2,800 units were built and added to the overall supply of apartments for rent, the Housing Division and Apartment Association report showed. And yet, an additional 3,366 apartments were rented and occupied during that four-year span.What's more, apartment construction during the recession years was minimal; only 778 new units were added in the Colorado Springs area from 2007 through 2011.


For more on this, see our previous articles here at ryanmcmaken.com: "Colorado Springs permits hit four-year low" and "Colorado Springs: New housing construction not keeping up with household creation."
Posted by Ryan McMaken at 11:43 PM

With new apartment vacancy data coming out for Colorado Springs, it may be helpful to take a look at household formation versus new unit construction in the Colorado Springs area.

For now, we only have data up through mid 2014, but we can get a sense of the overall trend.

(These numbers are from the Colorado Demography Office and are based on population and household data. The total household number is based on occupied housing unit data, and the housing unit data originates with the US Commerce Dept., and includes both single-family and multifamily.) 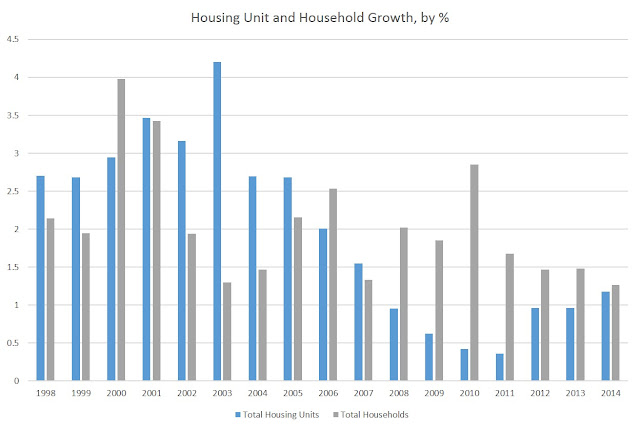 Not surprisingly this reflect what we might have suspected all along — namely that during the housing boom, housing construction was outpacing new household formation, while it has been the opposite since the financial crisis.

Since 2008, this points toward a tight housing market, and will likely mean low vacancy rates, since we know from this that only a small portion of new units have been multifamily (for Colorado Springs): 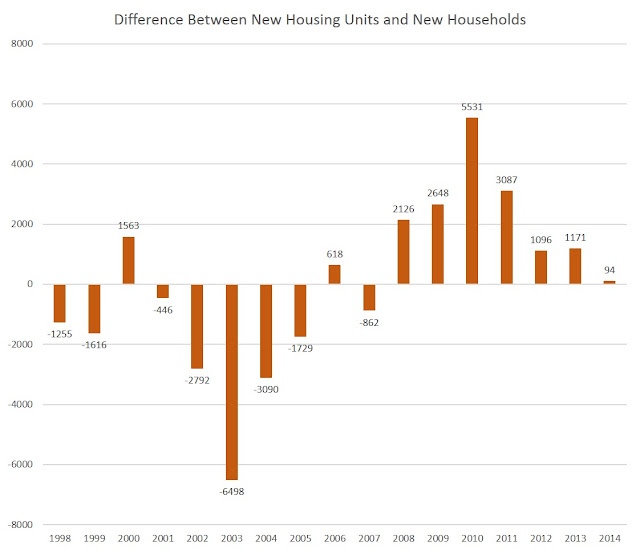