The Society of Saint Pius X, a fringe Catholic organization in a state of suspension (I won't bore you with the technical details), has as one of its bishops a nut named Richard Williamson. Recently, Williamson sat for an interview with Swedish television, and during the interview, made it clear that he is essentially a Holocaust denier. Obviously, these views are very unpopular for good reason, but the Society's response was to blame the media:

It is shameful to use an interview on religious matters to introduce secular and controversial issues with the obvious intention of misrepresenting and maligning the activity of our religious society. 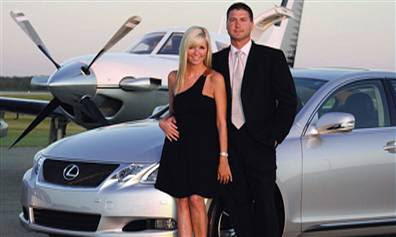 Today's Rocky carries an article penned by David Milstead that says that the Post is surreptitiously borrowing funds from the Denver Newspaper Agency to cover payroll. Whatever the merits of the story (which the excellent Michael Roberts covers here), the Denver News Corp. executive, Joseph Lodovic, who acted as spokesman, provided some excellent examples for how not to respond to media inquiries.

"Who cares who owes what? Money goes back and forth all the time. All the balances will get wiped out altogether in the end."

Brilliant! Just don't tell the Justice Department, since anti-trust laws governing the DNA stipulate that the Feds do in fact care who owes what.

"The issue is too complicated. It's irrelevant. Who cares?"

The Post likes the give the impression that it's doing spectacularly well, but in reality, it is deeply in debt and it just had its bond rating downgraded about six weeks ago.
Posted by Ryan McMaken at 8:22 PM