Lobbying doesn't interest me much anymore, but I found an old page of the CSA web site I created a few years back, so I saved a few of the pages, since I realized I had forgotten most of the information here.

I'm especially proud of the fact that I was able to do so much with such a tiny budget.

From the old web site:

Legislation and Public Policy - The Colorado Student Association works with the Colorado General Assembly and the Colorado Commission on Higher Education to ensure that student interests are considered when decisions are made regarding financial aid, transfer credits, curriculum, program selection, governance, tuition rates, and higher education funding. Three times a year, our representative assembly assigns the Board of Directors a legislative agenda.

Many organizations settle for a lobbyist that merely "monitors legislation," but the Colorado Student Association actively promotes legislation, secures sponsors for new legislation, and meets with all higher education lobbyists on a regular basis during the legislative session from January to May. Guests at our events in recent years have included House Majority Leader Keith King, CCHE Executive Director Tim Foster, and a variety of Commission members and CCHE staff.

Since legislators generally make up their minds about legislation long before bills are heard in committee, the idea that one can properly influence legislation by testifying before committees is a myth. Publicity shots and sound bytes cannot substitute for personal, full-time lobbying services provided by our staff.

Our office one block south of the State Capitol Building allows us to easily attend all relevant hearings, committee meetings, and floor debates related to state higher education statutes.

As the budget process is a year-round process, CSA is always working to ensure affordable tuition rates for Colorado's students. Much of this work is done through our seat on the Colorado Commission of Higher Education, but is also accomplished through regular interaction with the Joint Budget Committee during their fall hearings on the Dept. of Higher Education. This is a constant concern of ours from the time the Dept. submits its budget to the JBC in late summer to the time that budget bill is introduced the following April. As with the Commission, financial aid is also a top priority for us.

We also work on non-budgetary legislation as outlined below. The below list only includes major legislative changes, however. Please contact our office more more information:

2004 Session - This upcoming year, CSA has secured Rep. Nancy Spence (Chair, House Education Committee) as sponsor of new legislation creating optional programs for students seeking tuition stability over a four or five year period. This legislation would enable students to enter into agreements with public higher education institutions that would guarantee students a fixed tuition rate for the duration of the degree program. Students who choose to enter into these agreements could then enter school knowing that they would not be looking at any unexpected tuition increases a few years down the line.

In addition to other pending issues, CSA also plans to make sure that the amendments we were able to add to last years "College Opportunity Fund" legislation remains in the new COF bill. Please contact us for more information.

2003 Session - CSA worked on primarily two issues this session: student privacy legislation and the higher education voucher legislation. With identify theft as the largest property crime in America, CSA wrote and secured sponsorship (Rep. Nancy Spence) for a bill (HB 1175) prohibiting the use of a student's social security number in class rosters, identification cards, and library accounts. This legislation was designed to compel the CU, CSU, and Community College systems to end the practice of using student SSN's as primary identification numbers. This legislation passed and was signed into law in April 2003.

CSA also authored numerous amendments to the higher education voucher bill (also known as the College Opportunity Fund, HB 1336) during the legislative session. We were successful in having eight of these added to the legislation. Perhaps most important was our increase to the "credit hour cap". The bill failed during the 2003 session but will be introduced again in 2004. Please contact us for more information on the credit cap and the text of these Amendments.

CSA was the only lobbying group other than CCHE itself opposed to defunding CCHE through the budget long bill. The legislature, encouraged by individual colleges, initially supported reducing CCHE's budget to under 100,000 dollars effectively destroying all transfer-credit, distance education, and quality indicator systems that benefit students. CSA was able to make it clear that students depend greatly on the statewide coordination offered by the Commission, and the amendment was killed.

2002 Session - CSA was perhaps most notable during this session for amending out the misdemeanor portions of the higher education "riot bill." Originally, this bill contained language stipulating that a student would be expelled from all state higher education institutions in the event that he or she was convicted of one of four "riot related offenses." Three of these were felonies, but the fourth offense was a minor misdemeanor offense which CSA did not feel was appropriate in a list of mandatory expulsion offenses. Our amendment was successfully passed on Senate Education committee removing this lesser offense.

2001 Session - The 2001 session was a good one for students with the passage of HB1263, the "Student Bill of Rights" creating a statewide system of "guaranteed transfers" assuring students credit for specific core courses regardless of where a student might transfer within the state. This bill was also supplemented by HB 01-1298, the common course numbering system, making it easy for students to determine which courses are equivalent to those at other campuses where one might wish to transfer later. In response to this legislation, CCHE also created a statewide appeals process for students who believe they have no received full credit for transferred courses. CSA staff wrote key provisions of this bill, and we sit on the GE coordinating committee. Please contact us for more information.

After the session, the Governor Appointed his Blue Ribbon Committee on Higher Education Governance. CSA was invited to the table as member of the advisory committee, and was present at all meetings. This was especially important for us, as the genesis of the "credit hour cap" that was to show up in the "College Opportunity Fund" was in this committee.

These photos are not great, but keep in mind that we certainly didn't have funds for a digital camera in 2003: 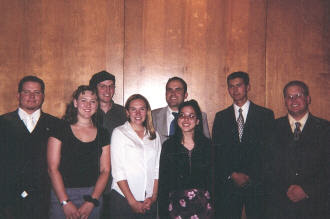 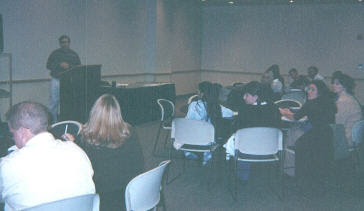 This is a break-out session at one of our conferences. 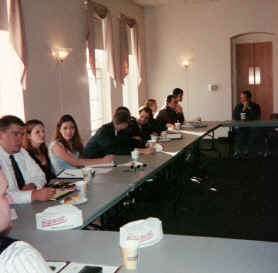 Here is a panel discussion during one of our board meetings. 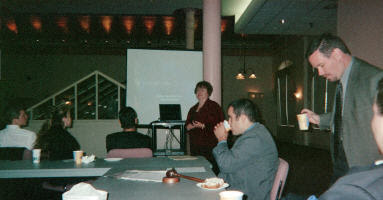 This is a presentation at one of our meetings by the president of the state Student Loan Program. 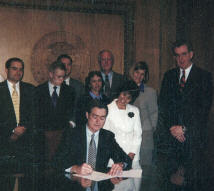