Bankruptcies in Colorado have been generally declining since 2010: 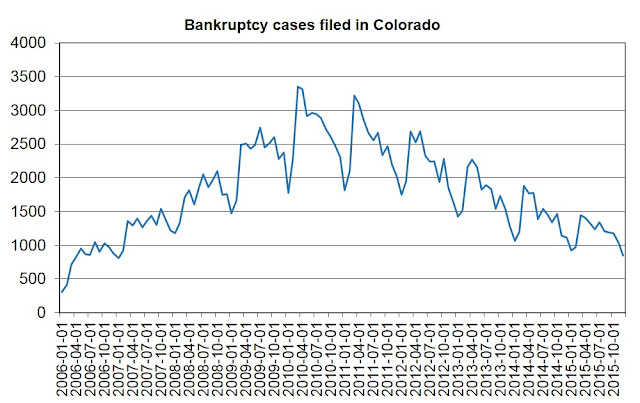 The year-over-year declines have ranged from negative 10 percent to negative 20 percent in most months. Over the past year, changes have remained within this range suggesting little change to the current trend at the moment. during December 2015, bankruptcy filings were down 23.8 percent from December 2014. 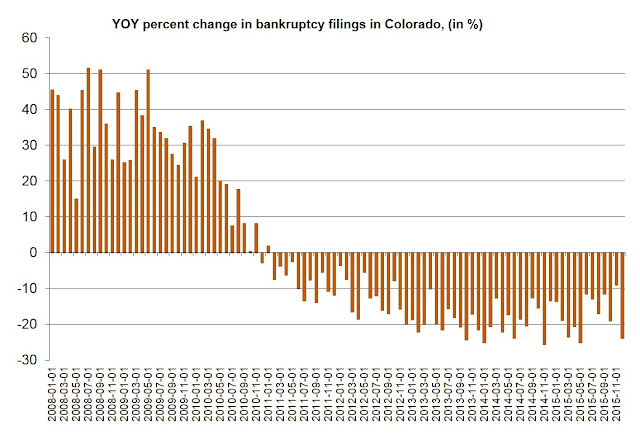 It is also notable that December 2015 showed the lowest December total in ten years, coming in below December 2006's total of 874: 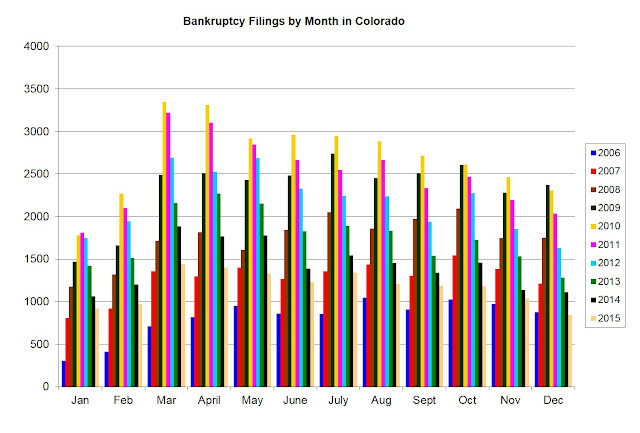 With such low interest rates in recent years, and thus, debt so very cheap, it has been easier for both businesses and consumers to stay ahead on their debt service and avoid bankruptcy. debt so very cheap.  We see t his reflected here, and, of course, continued improvement in the job market has helped keep bankruptcies down as well.
Posted by Ryan McMaken at 9:35 PM