According to the Fed's Other Inflation Measure, Inflation's at an 11-year High

According to the Federal Reserve's Underlying Inflation Gauge, the 12-month inflation growth in March was at 3.13 percent. That's the highest rate recorded in 140 months, or nearly 12 years. The last time the UIG measure was as high was in July 2006, when it was at 3.2 percent. 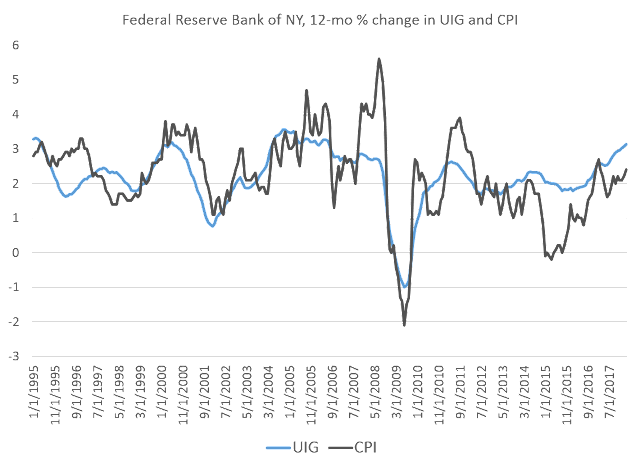 The Fed began publicly reporting on new measure in December of last year, and takes into account a broader measure of inflation than the more-often used CPI measure.

Not shockingly, the UIG has shown a higher rate of inflation than the CPI, most of the time in recent years. Moreover, this gap between UIG and CPI appears to be growing. 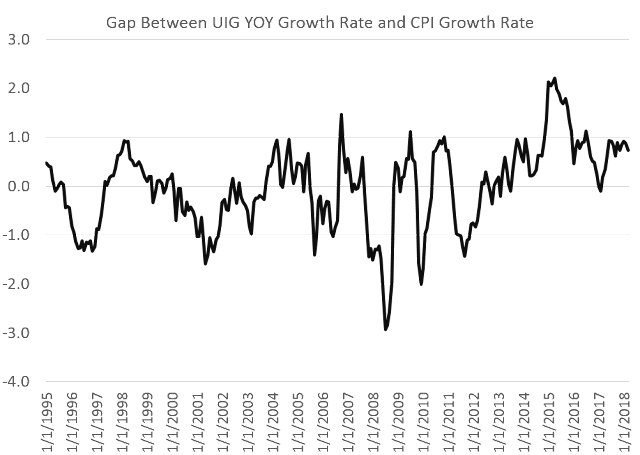 The use of consumer prices only in the CPI has long been a problem, in that the cost of living and planning for the future does not involve only the basket of goods used in the CPI calculations. A wide variety of assets affect the American economy as well.
As explained by the New York Fed's summary of the UIG measure:

But don't expect the Fed to abandon its fondness for the CPI and the "2-percent inflation" goal any time soon. Today, the president of the Federal Reserve Bank of Chicago, Charles Evans, reiterated that the Fed is holding to its 2-percent inflation goal - and they're not talking about using the UIG measure.
Posted by Ryan McMaken at 2:00 PM