There is reason to suspect that nationwide, home prices may be leveling out. But that certainly doesn't appear to be the case for metro Denver. In the February Case-Shiller index, released in late April, Denver showed the highest year-over-year change in the index (10%), beating out even San Francisco (9.8%). The first graph show's Denver index compared to the 20-city composite index: 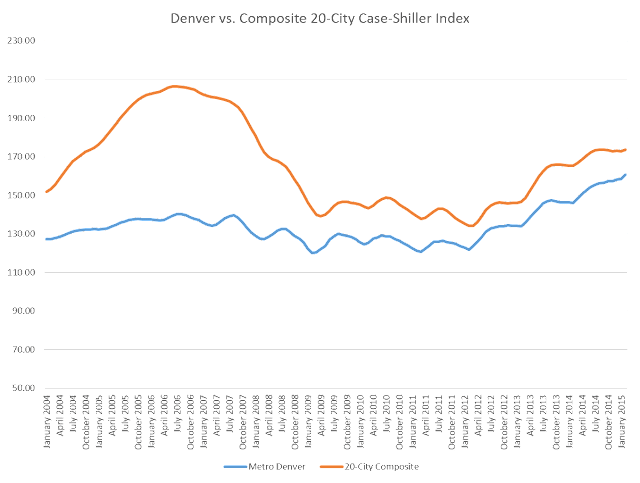 It is apparent that the metro Denver index has already well-exceeded its old peak reached during 2007. In fact, the Denver index is now up 14 percent from its former peak. The 20-city index, on the other hand, is still down 16 percent from the 2006 peak. 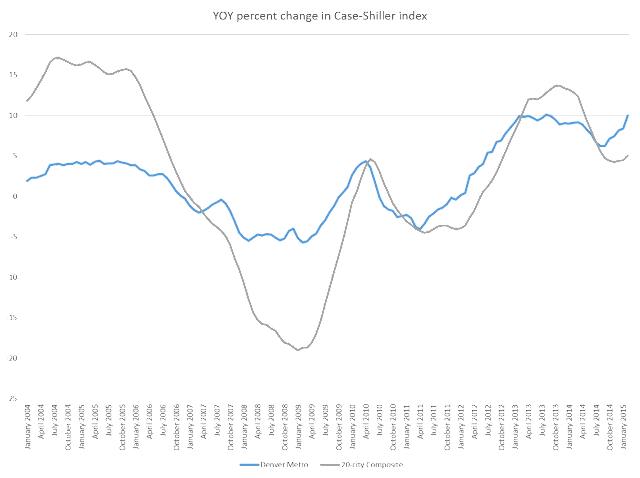 If we isolate the Denver index a little more and zoom in, we see just how much the index surged in February. The Denver index had been moderating a little, but then increased substantially from January to February. 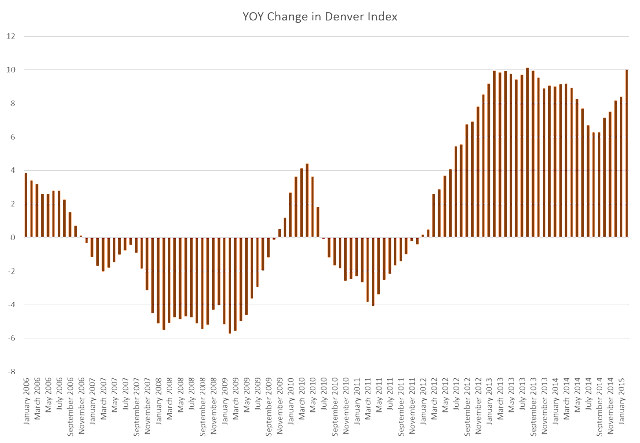 But why is this? As mentioned in my post on single-family units, home construction in Colorado (and also metro Denver if we look at that separately (new permitting is at 1992 levels), so the continued demand of new residents and new households continues to drive the price up. Obviously, the typical household did not see a 10 percent increase in wages to match the 10 percent increase in home prices, so concerns about affordability (and bubbles) endure.
Posted by Ryan McMaken at 11:22 AM