Chart of the Day: Is the multifamily construction boom in Colorado tapering off? 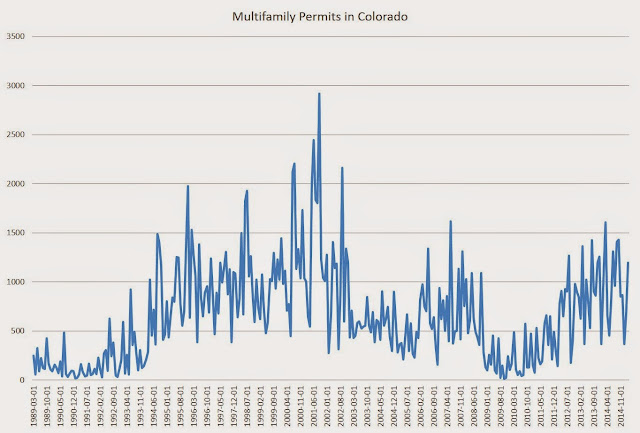 Although they has been talk of immense amounts of building, total construction may be flattening out. If we look at year over year percentage growth, we see that the change in multifamily units was either negative or at zero for eight of the last 12 months. Over the past five months, it's all been flat or downhill. 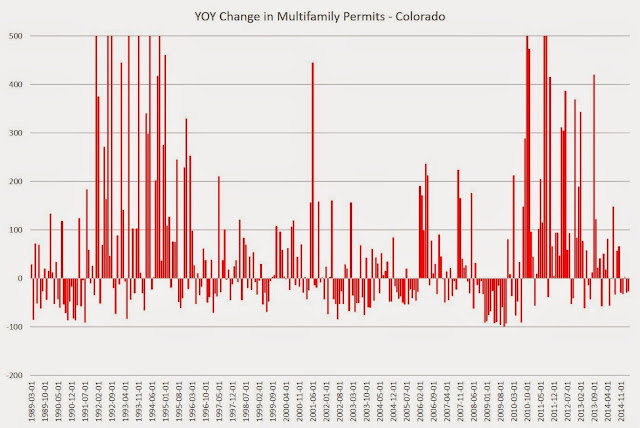 I've reduced the time frame for a better look at the last few years in the third graph. The trend here suggests a plateau in multifam construction. Why this should be the case is not immediately obvious. Rent growth continues to be strong with first quarter rent growth some of the strongest ever recorded. On the other hand, with the market so frothy, developers may be encountering supply-side issues such as continued increases in costs and the availability of labor and material. In any case, the enormous increases in new construction seen from 2011 to 2013 appear to be over. 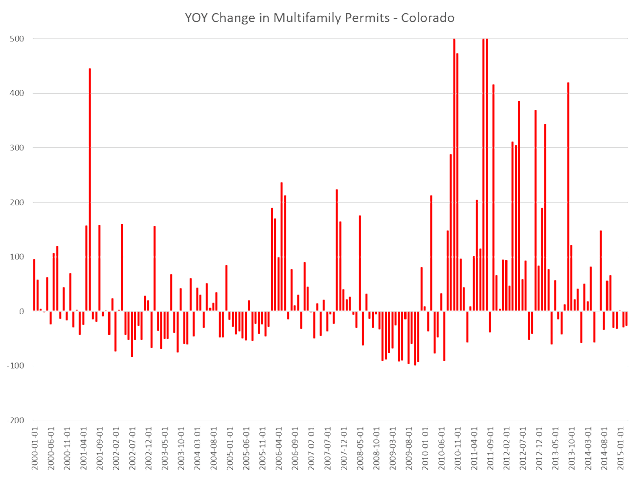