Chart of the Day: Colorado bankruptcy filings down 23 percent in April

Bankruptcy filings have been generally declining since late 2009 following sharp  increases in bankruptcies from 2005 to 2009. The first graph shows trends since 2006. 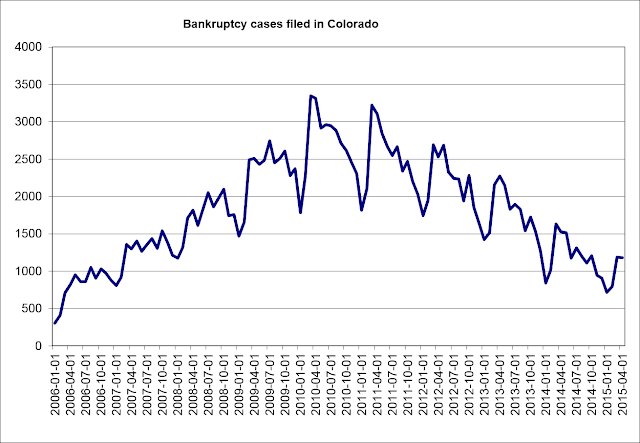 The downward trend has continued into April of this year, with year over year declines still well in place. The last four months suggest that declines have moderated a little bit, but year-over-year declines are still sizable. 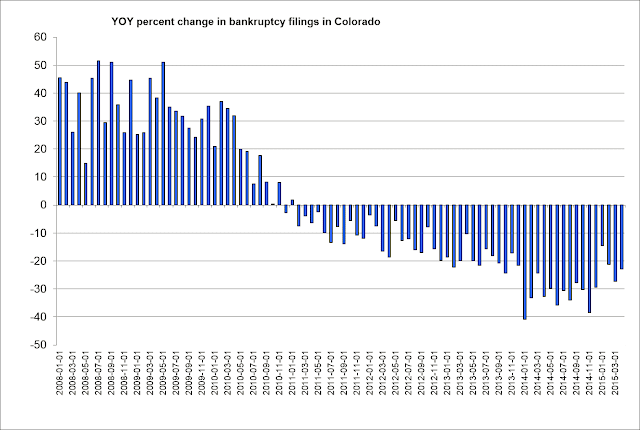 Comparing month to month, we also see that April 2015's total for filings is the second-lowest in nine years. So, at this point, we see no change in the filings trend. 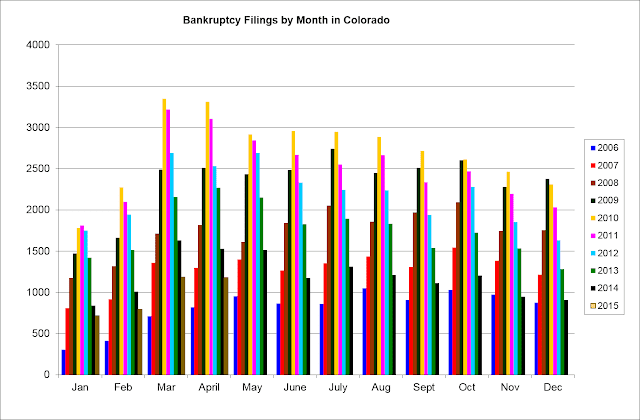