March 2015 data for private housing units show that, overall, housing unit production continues to climb in both singlefamily and multifamily industries. At this time, however, there is no danger of new construction reaching anything like the levels seen during the housing bubble of 2003-2007. The first graph shows the last two economic cycles in terms of new units permitted. We can see that, while numbers are up considerably since the trough in 2009, they remain at levels more comparable to the early 1990s. Of course, if we account for population size, new construction is then lower than the early 1990s in practical terms. 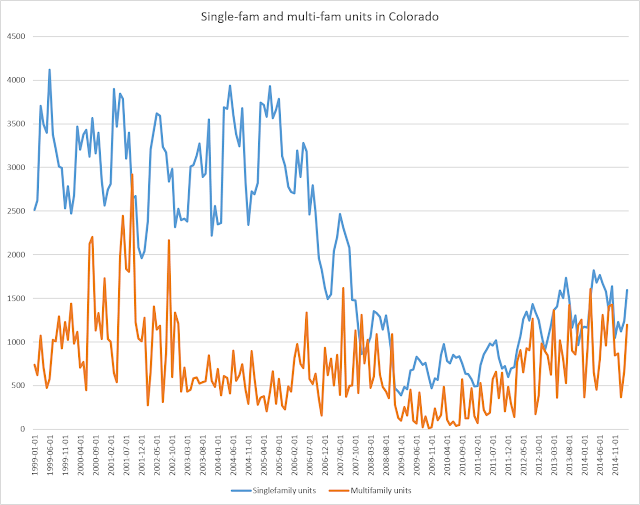 What do we see in terms of percentage growth? Singlefamily permit activity has largely flattened out. In January, the YOY change was negative at -4 percent, and over the past five months, growth has been under ten percent. Of course, this is still growth, so we shouldn't speak of singlefamily construction as if it has disappeared, but in a long term view, growth is fairly flat right now, and certainly, if we consider the high rates of home price growth, we can guess that the market could easily bear more home construction. So why is there so little? Uncertainty in the marketplace and among wage earners could be a factor, as might be the fact that the multifamily market is employing many of the resources that might have gone to singlefamily in a different type of market. 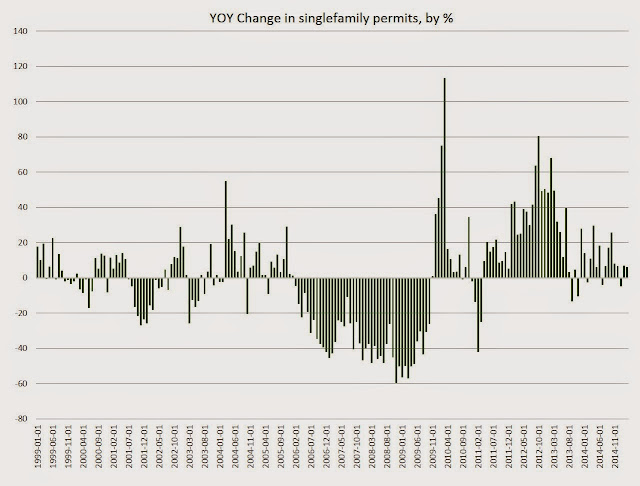 And speaking of multifamily units, have a look back at the first graph and note that the gap between singlefamily and multifamily units has disappeared. If you saw this and though, "gee, it looks like there are far more multifamily units — proportionally — being produced than usual," then you would be right. The last graph shows that over the past 25 years, multifamily construction has rarely been much more than 30 percent of all units. But if we look at the market since 2011, we find that this proportion is commonly over 40 percent, with even a few months reaching over 50 percent. This is a change in the general habit of the local market, and reflect nationwide changes in trends in which home ownership is falling and many households are opting for rentals for a variety of reasons. 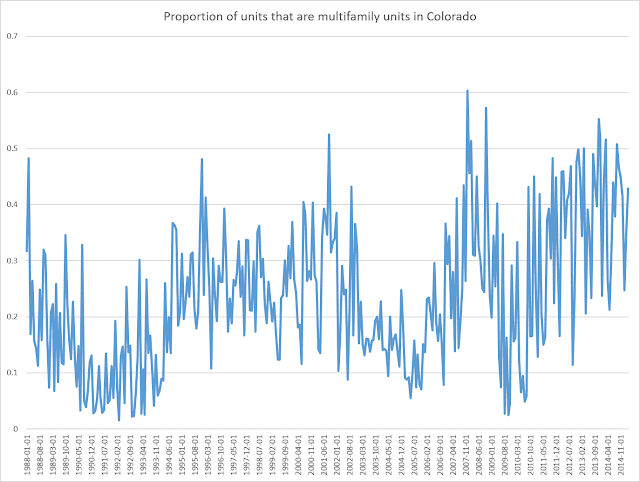