Back in 1992, Carl Abbott published a nice little book called The Metropolitan Frontier: Cities in the Modern American West. It covers the development of cities in the American west since the 1940s. One of the interesting concepts Abbott discusses (on page 160) is "greater Texas."

It's always been true that the United States has been a collection of economic regions rather than a single economy. If Colorado's economy were cut off from Mexico and Canada, it would probably suffer more than if it were cut off from New England. This is because the transportation lines and metropolitan economic system on which we rely point more west and south than they do north and east. Moreover, there is an economic affinity between metros in Colorado and the financial and oil-economy centers of Texas.

In the map below -from Abbott's book- we find this metropolitan network which works it's way up from Houston, through Dallas-Ft Worth, and up to Denver. We encounter this every time we deal with a real estate developer or oil company from Texas. According to Abbot (and according to Nash and Etulain also) this is a well-developed economic habit. 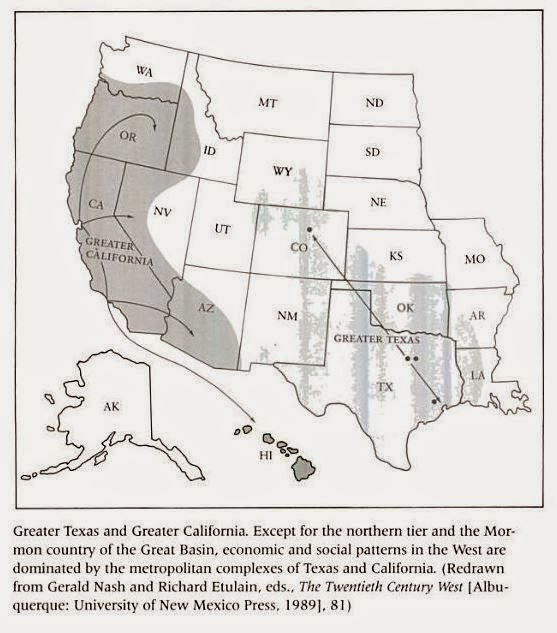