A Quick Look at Median Household Income Up to 2013

The Census Bureau won't release 2014's median household income for another month or so, but we can have a look at trends up through 2014, for now. These numbers are not adjusted for inflation.

As we can see in the first graph, the Colorado median income level has been above the US level since 1990. 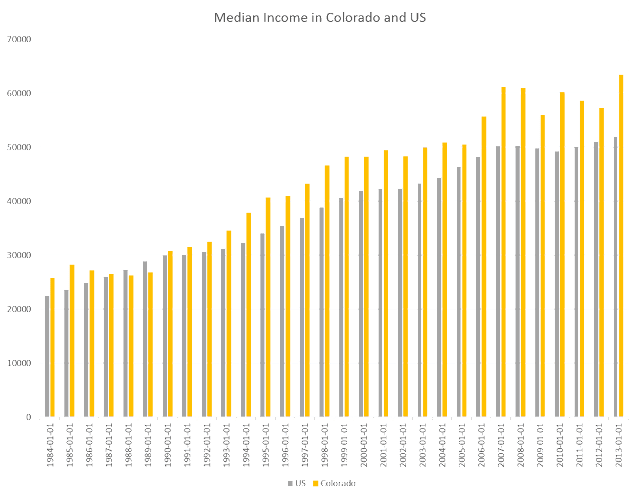 We can also see that over time, this gap has been growing. The second graph shows the gap between the Colorado median income and the US median income: 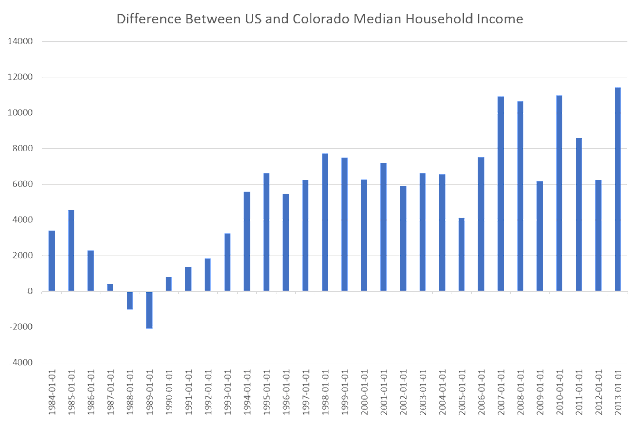 The final graph shows percentage change in median income for each area. Colorado's YOY changes are much more volatile, as would be expected from an area so much smaller than the US overall. The sheer size of the US and its economy prevent large swings. However, there is a slight downward drift in the US median income increases over time. In other words, US median income seems to be going up by a smaller amount over time. In Colorado, what was a downward drift during the 1990s, appears to have stabilized somewhat since 2003. The YOY change in Colorado from 2012 to 2013 (10.6 percent) was the second largest ever recorded, second only to 1990's growth rate of 14.6 percent. The US rate of change for 2013 was 1.8 percent. 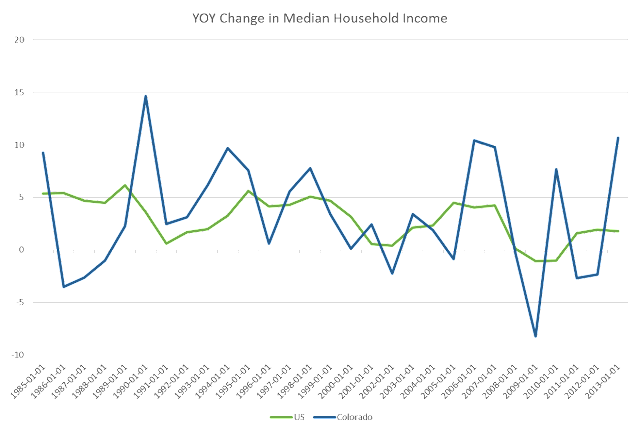