The Federal Housing and Finance Agency has released it Expanded-Data home prince index data through the second quarter of 2015. The latest data shows the largest year-over-year increase in Colorado home prices since 2001.  The first graph shows the YOY change for both Colorado and the US. note that home price growth in larger in Colorado than is the case nationwide. 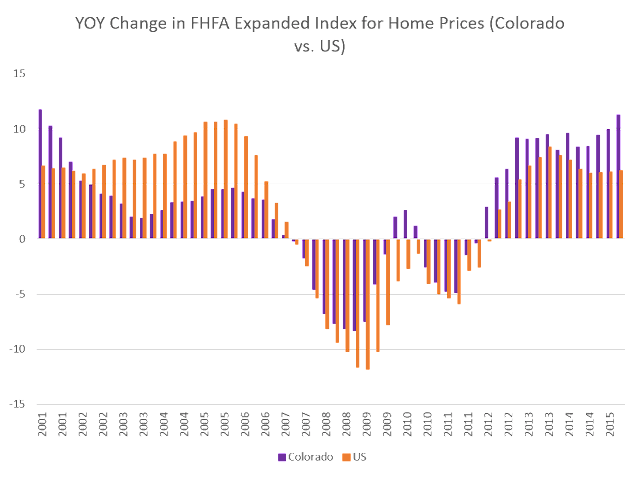 The second graph shows the index values themselves since 2001. We see that both the US and Colorado have generally followed the same growth pattern over the past 15 years, but since 2012, Colorado has increasingly been outpacing the US.

With a relatively small amount of new home construction, coupled with a continuing inflow of new residents, it is no surprise that home prices have begun to outpace the nation since the nation overall is not sustaining the type of population growth has experienced in recent years. 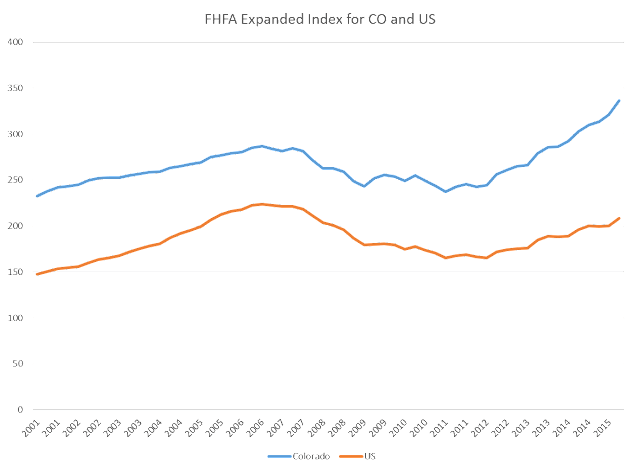