Third quarter multifamily vacancy and rent data will be coming out in a about a month, but let's have a closer look at the second quarter's numbers. If current trends are any indication, the third quarter — which tends to be the strongest quarter of the year for multifamily — will be another period of low vacancies and high rent growth. 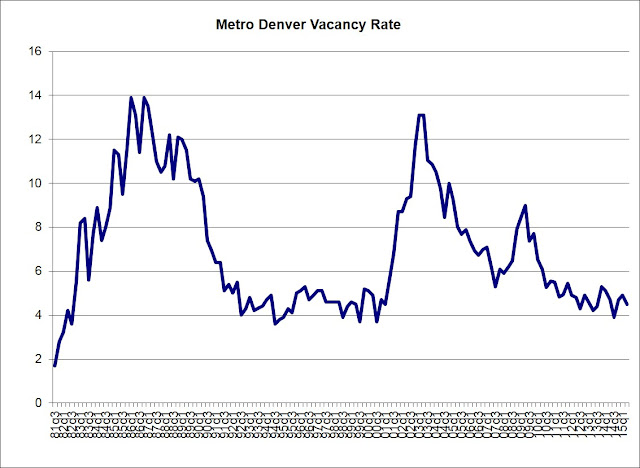 And when vacancy rates get low, we generally expect rent growth. But this time around, we're seeing some of the largest rent growth we've ever seen since the survey was first initiated in the early 1980s. The average rent in metro Denver during the second quarter was $1,265, which is the highest rent ever recorded in nominal terms. It's also the highest rent ever recorded in real terms, but I'll have to adjust the rents for inflation in a future post. The current acceleration in rents outpaces the 1990s: 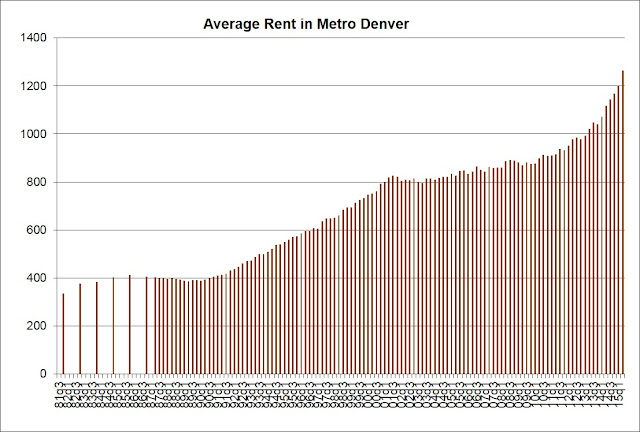 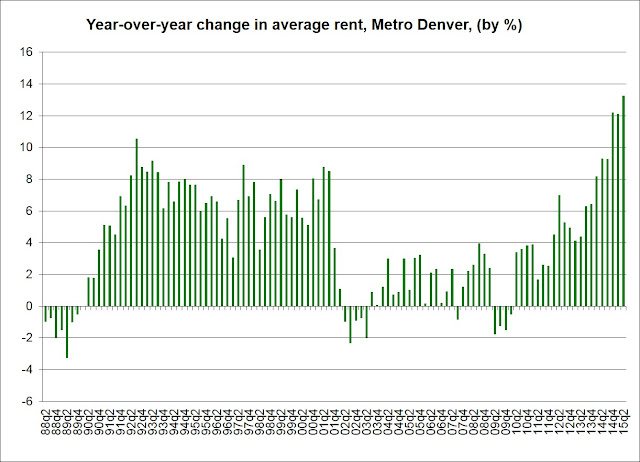 Thanks to continued in-migration and a relatively small amount of new single-family construction, multifamily housing remains the most feasible option for many households. Those seeking affordability will move outward from the urban center to more affordable C-class units in further out neighborhoods. Some households will double up or take on roommates.

The population growth data, though, won't come in for a year after the fact, so it's hard to know to what extent a lack of affordability is impacting in-migration at this time.

Compared to to other markets, the Denver market is experiencing some of the highest rent growth rates in the nation. But, of course, rent level remain well below those in San Francisco. 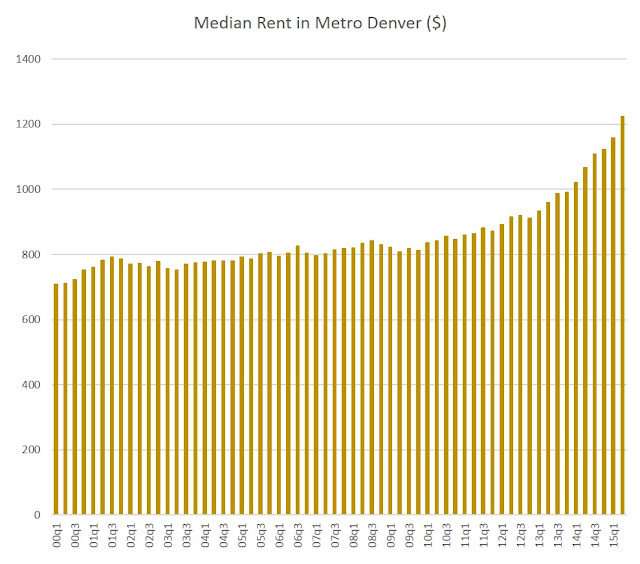