Through October, the overall trend in unemployment rates for Colorado metros remain downward.

For October 2015, the unemployment rate for each metro area in Colorado (according to the Colorado Department of Labor and Employment) was:

This numbers are remarkable low, and I discourage comparisons with unemployment rates in the current cycle to unemployment rates of past cycles. Declines in work force participation are a significant factor in determining the unemployment rate. Nevertheless, these rates are quite helpful; in comparing geographical areas.

Historically, the best job markets have been in Boulder, Ft. Collins and Denver. Greeley has recently joined that group thanks to oil jobs: 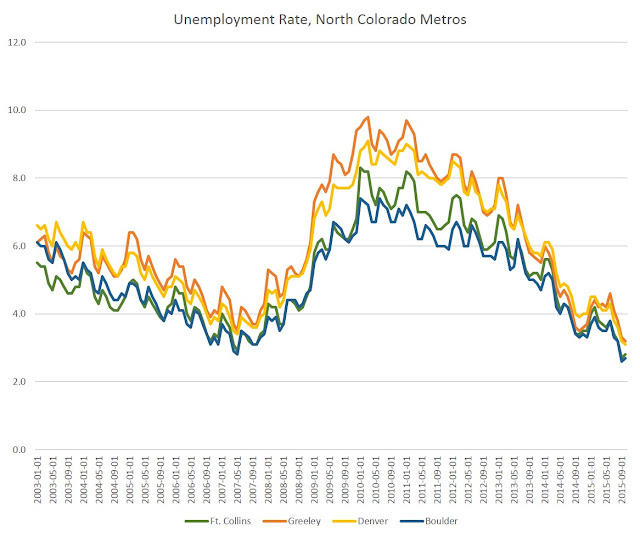 Unemployment, as expected, is a bit higher in the lower part of the state. Pueblo rather consistently has the highest unemployment rate among Colorado metros, but all areas have seen big drops since 2010. 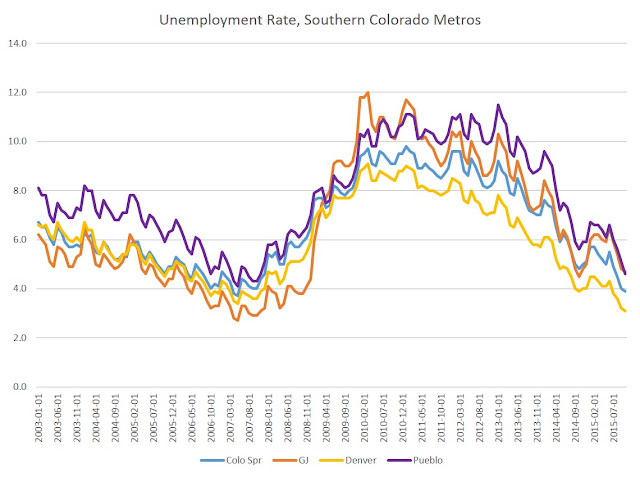 Compared nationally, Colorado enjoys a very low unemployment rate, as can be seen in this data from the US Bureau of Labor Statistics: 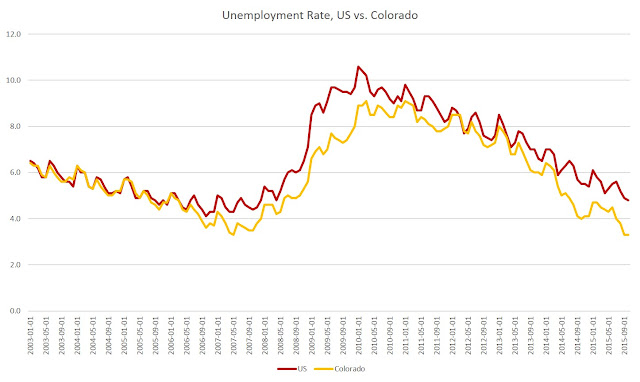 Nationwide for October 2015, the unemployment rate was 4.8 percent, compared to 3.3 percent for Colorado. Colorado's unemployment rate situation has increasingly improved relative to the nation overall over the past year. In other words, the job market in Colorado is getting better faster than in the US overall. This likely has implications for the overall demand for real estate here.

All data used in this article is not seasonally adjusted.
Posted by Ryan McMaken at 9:01 AM