Homicide Rates in Mexico, by Region

As I noted here, and here, I'm not a big fan of speaking about demographics or trends at the national level when we're talking about a large country with large regional differences. It's nonsensical to  speak about "the United States" as if the 318 million people in the US lived under similar conditions and were affected by identical demographic trends.

The same is true of Mexico, which has nearly 120 million people and displays very large regional differences, especially from north to south. The south is densely populated and tends to be poorer. The north is more sparsely populated and tends to be richer. Culturally, there are big differences. Chiapas, for example is mostly populated by people descended from Indians, while Chihuahua has a slight majority of  "whites" descended largely from migrants of German, Spanish, and French origins (among others).

So, given that Mexico has a reputation for a remarkably high murder rate right now, I thought we might look more closely at this indicator. I mentioned this metric a bit in this post, but thanks to this data from the OECD, we can list by region the homicide rate in each Mexican state (from 2013 data).

Mapped by state, this is what it looks like: 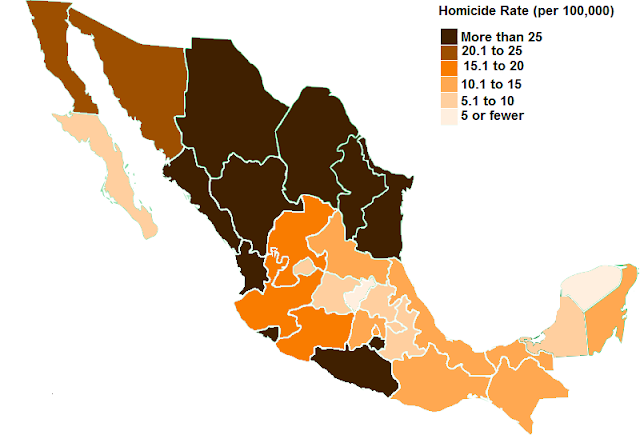 Here's a map to help you identify the name of each state: 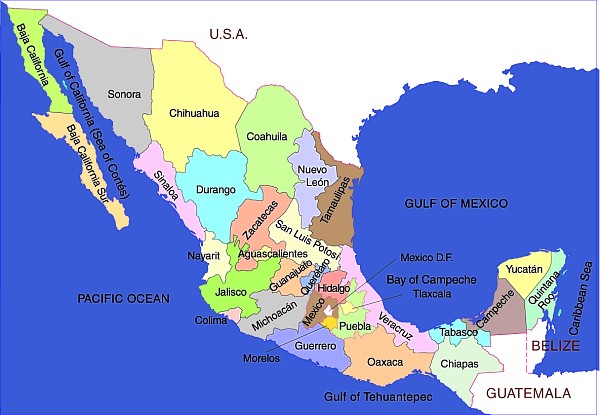 The biggest factor in the homicide rate in Mexico right now is the War on Drugs. It's a huge factor, so it's not a coincidence that the states that border the USA are some of the worst, in terms of homicide. Other high-murder states, such as Guerrero and Sinaloa are also notable for being connected to the drug trade. Gone for now are the days of seemingly endless crowds of happy tourists in Acapulco in Guerrero state.

Most Mexicans, however, live in states where the homicide rate is relatively low. Moreover, places where you're likely to vacation, such as Baja California Sur (i.e., Cabo), Vercruz, Jalisco (i.e., Guadalajara), and the Yucatan region are relatively low-crime areas.  Indeed, most of southern Mexico has a homicide rate of around 10 or less per 100,000. If that seems like a lot, remember that the US homicide rate in the 70s and 80s was around 9.5 per 100,000, and it was over 10 in many US states at the time. Even as late as 1995, the US overall homicide rate was over 8 per 100,000. Somehow, we lived through it. This isn't to say that homicide is not a serious problem in Mexico. It's just important to have perspective.

Where people live in Mexico: 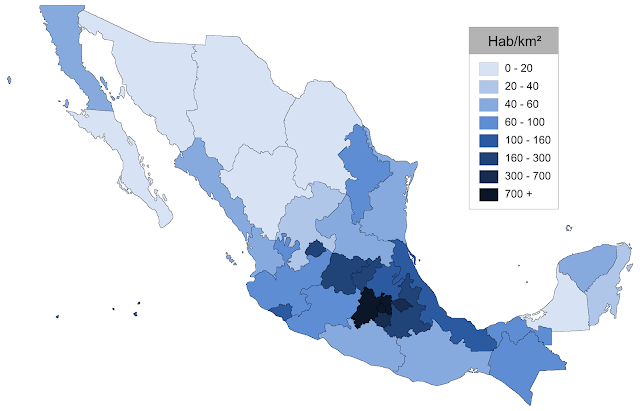 And just as a final note, it's interesting to see that drug murders often come along with higher GDP per capita. Are the two related? In some ways yes, because the same factors behind the international trade that makes northern Mexico wealthier are also important factors to international drug runners: 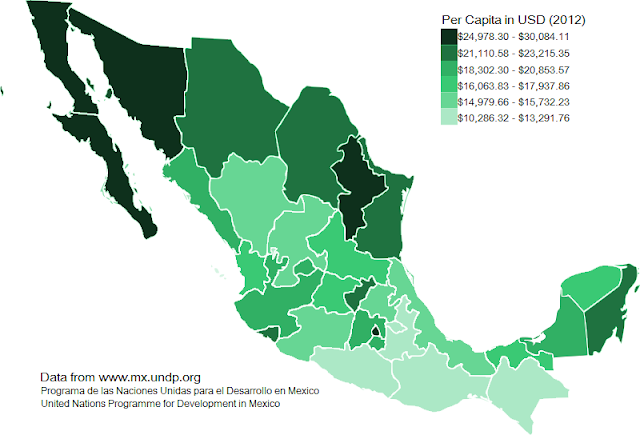