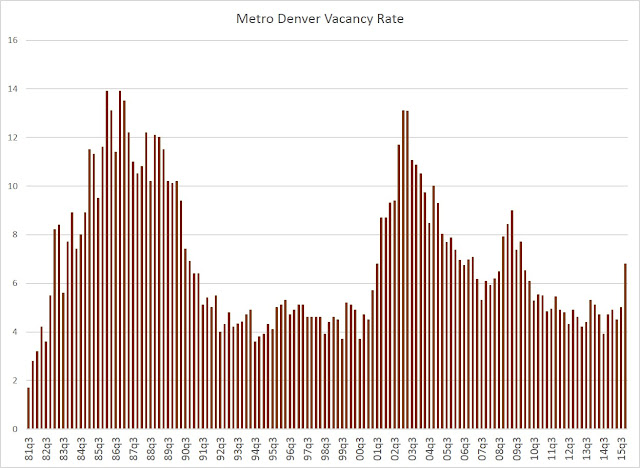 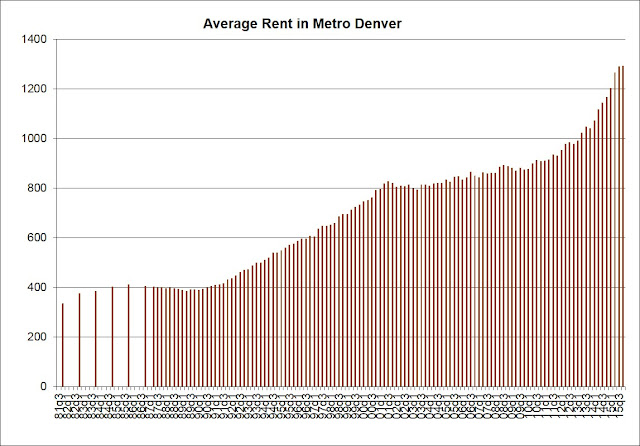 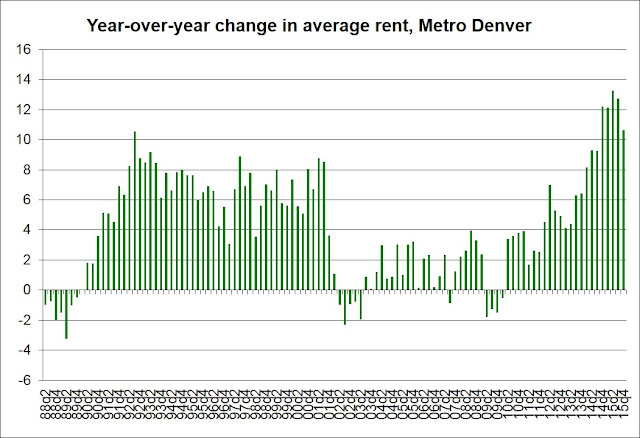 And for those interested in the median rent, we don't see much of a difference in the trend here. The median rent did actually fall, however, from the third quarter to the fourth quarter, unlike the average rent. This fact does suggest, though, that what's driving the fall in rents is not just drops in the newest and most expensive units. Rents were falling in median-priced  units as well. If falling rents were being driven only in the most expensive units, we'd see more of a fall in average rents that was more comparative to the change in median rents (measured in $). 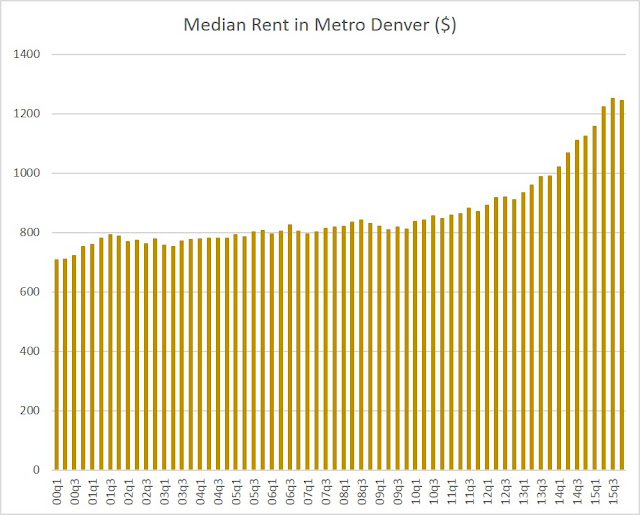 Here are the two measures compared (in $): 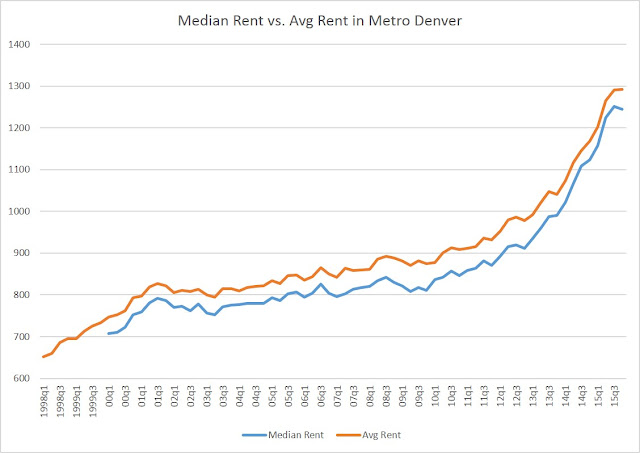 While the industry will likely scoff at the idea that there's any real softening in the market, the fact is it's too early to know how global trends will affect local markets. With collapsing oil prices affecting northern Colorado, and weakening economies in most of the US's biggest trading partners, including Canada, Japan, and China, there are reasons to be cautious.

Real estate markets have continued to benefit from demographic changes, however, as population growth, and growth among the educated and employed have helped demand for real estate.