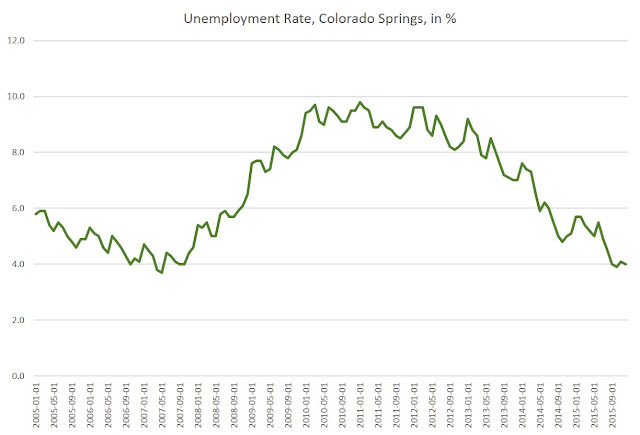 The last time unemployment rates were generally this low was back during 2007, before the 2008 financial crisis and during the last boom.

The problem with the unemployment rate, though, is that it is a function of both labor force size and employment. That is, if people give up looking for work, leave town, settle for a part time job at a low wage, decide to live on student loans, or retire early, all these things can reduce the unemployment rate, even in the absence of any job growth.

If we look at payroll job growth, however (from the Establishment survey) we find that job growth has been slowing and has been in a downward trend for the past ten months. 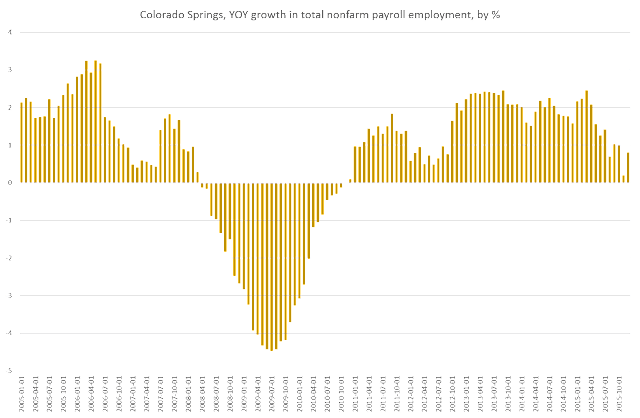 Moreover, job growth has never returned to the sort of job growth we saw before 2008, and it has taken seven years for total employment in Colorado Springs to get back to where it had been before the 2008 crisis. This next graph shows how many months went by before employment returned to previous peak levels. It begins with June 2007 as month 1, and then proceed to the right as each month passes with total employment below the peak level. You can see that employment finally returns to its peak level at the  85th month (more than seven years), which was December 2014. Since then, employment has continued above the old peak level: 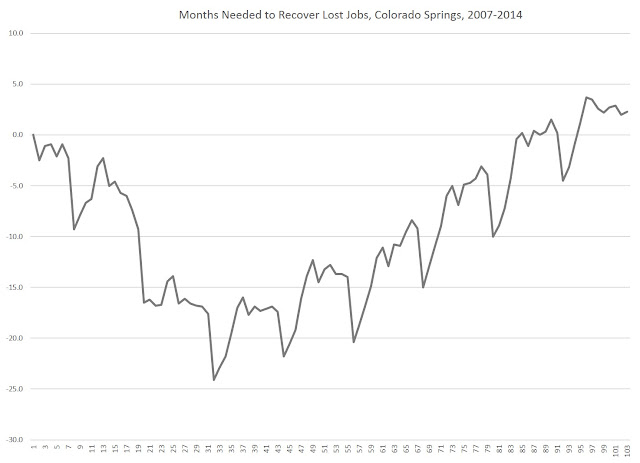 This recovery time, by the way, was 26 months (or more than two years) longer than what was needed to recover all lost jobs following the dot-com bust in 2001. In this case, jobs peaked during June of 2001 and finally recovered during May of 2006: 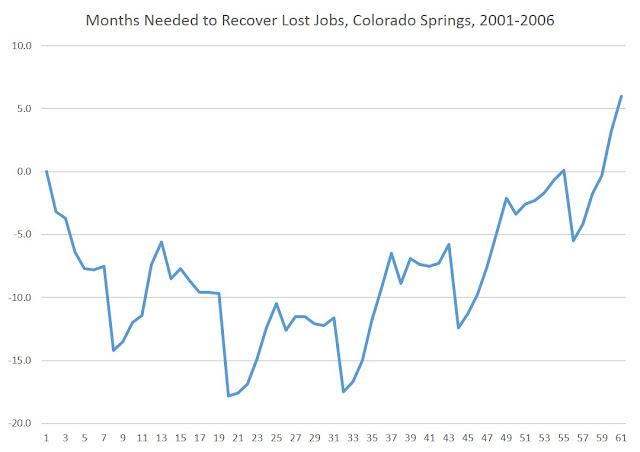 (All employment data is from the Bureau of Labor Statistics. Payroll numbers are from the "Establishment Survey" and unemployment percentages are from the "Household Survey.")
Posted by Ryan McMaken at 10:28 PM