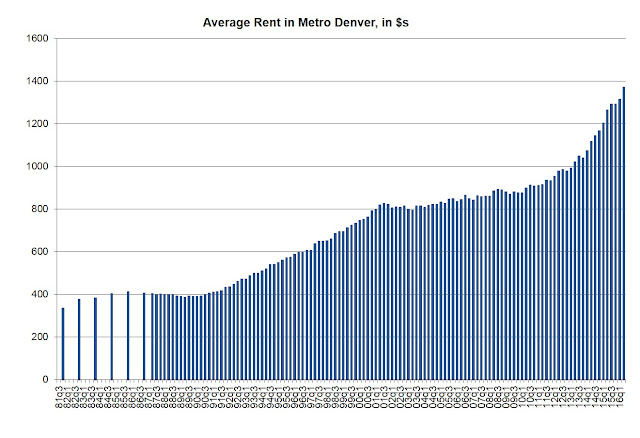 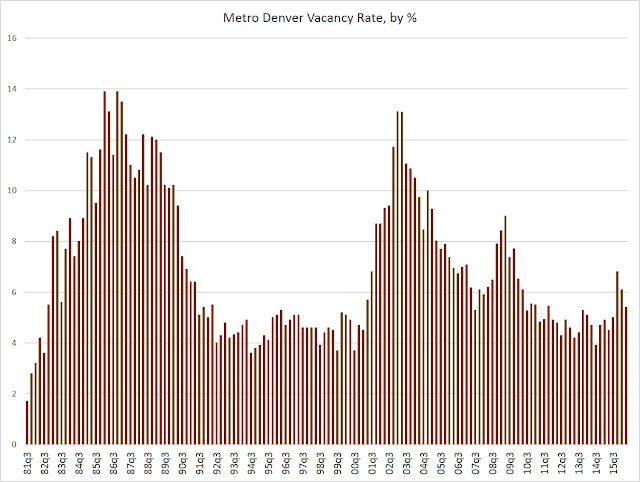 As the economy has slowly expanded in the wake of the 2007-2009 recession, apartment vacancies have tightened, and reached especially low levels in 2014. The market has loosened a bit since then, but vacancies remains generally low.

While an increase in the average rent of 8.3 percent is substantial, it nevertheless shows a declining trend on rent growth. Rent growth peaked at an all-time high of 13.2 percent during the second quarter last year. Since then, the rent growth rate has fallen in each quarter. In other words, rents are growing, but the pace at which they are growing is slowing. 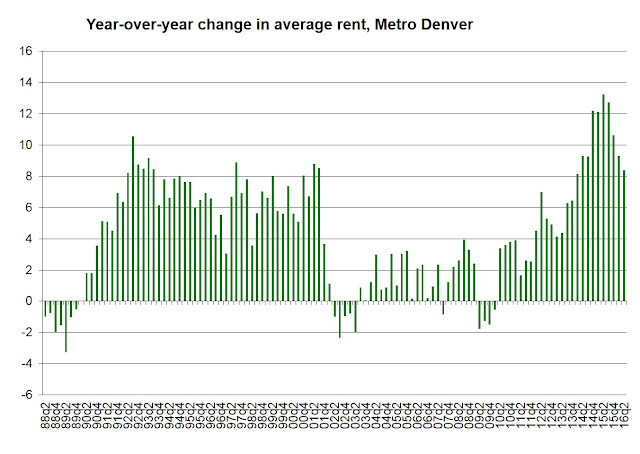 The boom in apartment rents is still going. Just not as strong as was the case in the previous two years.

When looking at rents over time, it's always important to consider rents compared to the Consumer Price Index. While the graph (above) of nominal rents shows unabated growth since 2000, we see a different trend when adjusting for inflation. 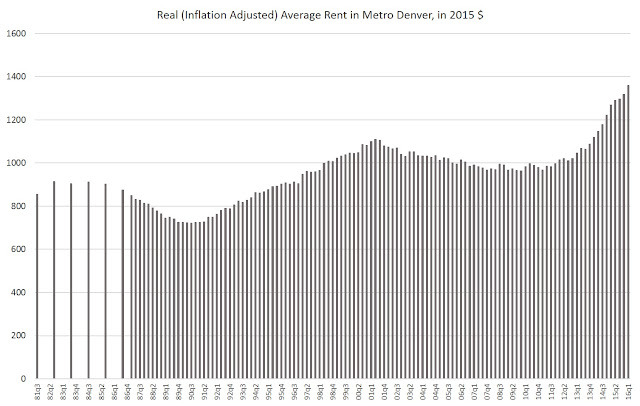 Year-over-year growth in inflation-adjusted rent is similar to that seen in the nominal rents. Over the past year, rent growth has been large, but has been gradually getting smaller. During the second quarter of this year, the inflation-adjusted average rent grew 7.1 percent, which is down from the second-quarter 2015 rate of 13.2 percent: 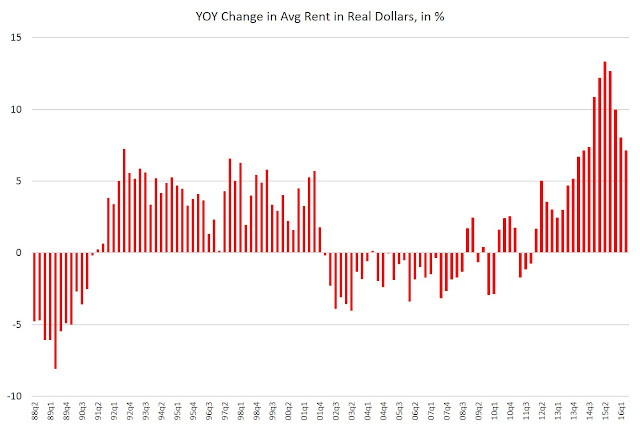 For now continued population growth and a generally solid economy continues to fuel demand for housing, and especially rentals. (See my recent article on the homeownership rate.) Neither the national economy nor the local economy are especially robust when compared to previous expansions, but as long as the Colorado economy is performing at least as well as the country overall, it looks like there will be ongoing demand for a place to live in Colorado.
Posted by Ryan McMaken at 11:41 AM