For now, there are few dark clouds on the horizon for payroll employment totals in Colorado. While employment growth has softened somewhat since 2014, it remains well above zero.

According to state-level employment data, released on August 22, year-over-year employment growth in Colorado increased 3 percent, which was the largest increase since July of last year when growth reached 3.2 percent. There were a total of 2.62 million jobs in Colorado in July, compared to 2.55 million jobs one year earlier. 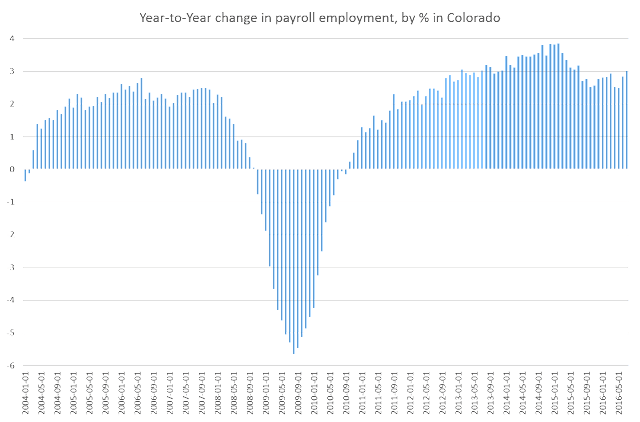 On a month-to-month basis, we also find that July 2016 was strong. In this case, job growth tends to be negative from June to July due to seasonal issues. So, to get a better sense of how July compares, we must compare to previous June-July periods in each year. When we do this, we find that the job losses for the June-July period were the smallest we've seen in more than a decade: 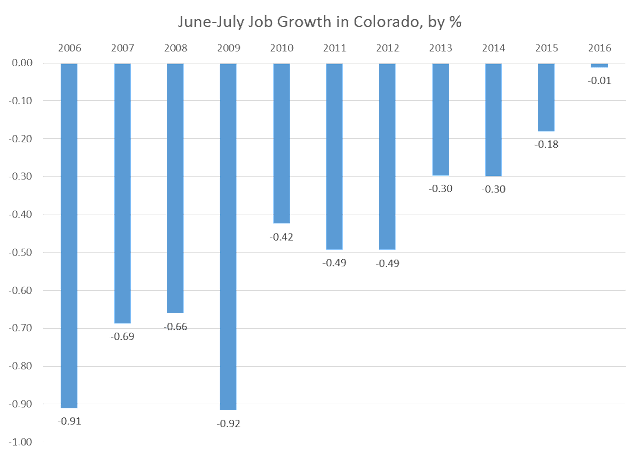 So, by both these measures, we find that job growth in July was solidly positive.

This continues a period of net job growth over the job losses that occurred in the wake of the 2008 financial crisis when more than 200,000 jobs were lost in Colorado. Since 2013, though, Colorado has added 255,000 jobs above and beyond its old 2008 peak prior to the last recession: 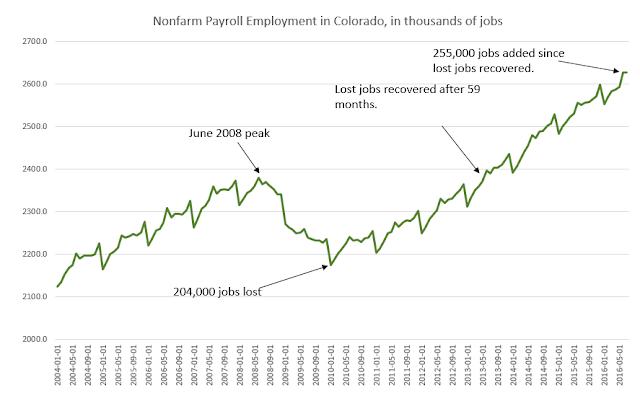