Housing construction rising in Pueblo,but not by much

Through July of this year, the Pueblo area reported 156 permits for private housing units. That's an increase of 13.3 percent compared to 2015, although overall permitting activity is up from the low points experienced in the wake of the 2007-2009 recession. (All permit data used in this article is form the Census Bureau.)

The first graph shows total permit activity for each year for the period of January-July: 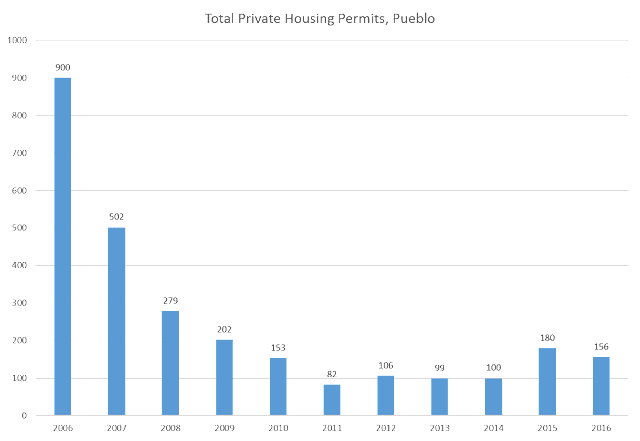 While permits are down this year compared to last, they are nonetheless up compared to every year in the period from 2011-2014.

Over the past decade, only three years showed increases over the previous year. The second graph shows year-to-year change in permits for the period from January-July (values are in %): 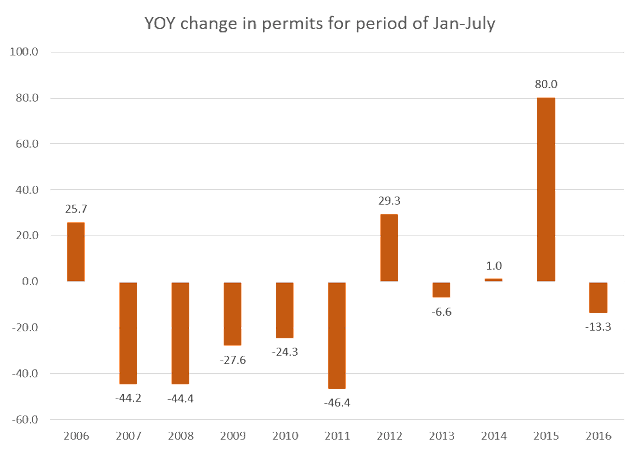 Most of the past decade has reflected an experience of declining permit activity from the housing-bubble highs prior to 2008. A significant decline began in 2007 and the area really didn't begin to show signs of life again until 2015. 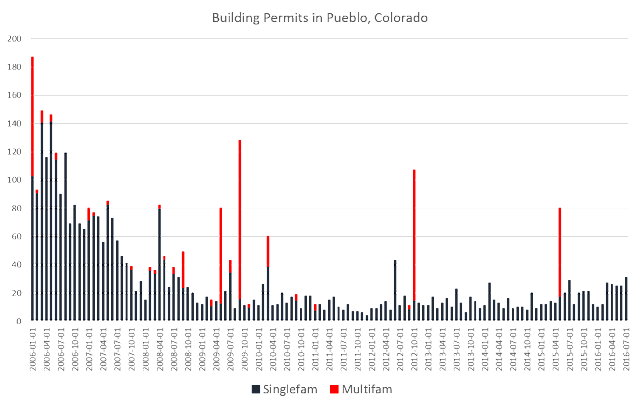 Other than that, multifamily housing construction has been exceedingly rare in recent years.

Needless to say, the Pueblo area has not experienced the same sort of apartment demand that was notably strong in the metro Denver area from 2012 to around 2015.

Singlefamily housing has slowly come back since 2011, but gains have been slow and measured. Nevertheless, if we look just at singlefamily permits (excluding multifamily) for the period of Jan-July, we find that 2016's singlefamily activity is at an eight-year high: 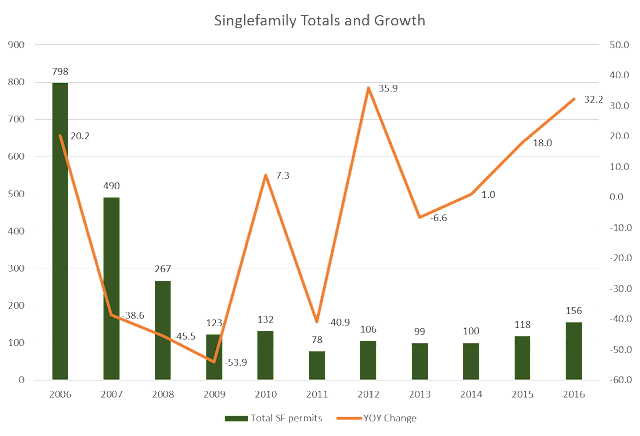