Personal Recollections of the Underground Railroad by Mark Campbell McMaken

I found this written account by Mark Campbell McMaken. Mark McMaken was the younger brother of my great-great-great grandfather Joseph Hamilton McMaken (born 1787). This branch of the McMaken family lived primarily in Southern Ohio and Eastern Indiana. Some of them were active in the anti-slavery movement, including Mark McMaken. I found the following document on the web site of the Ohio Historical Society. The documents have since been taken down, but I preserved screen shots. In this document, written by Mark McMaken himself, recounts some episodes in which he and other members of the community worked to free slaves who had crossed the river from Kentucky. (Warning: the "n word" is used in this 1895 document. In spite of his egalitarian sentiments, McMaken was not PC by modern standards.)

Note: The place names appear to all still be current except "Port Union" which is now better known as West Chester Township.  The area used to be known as Union Township, but before that, was known as "McMaken's Bridge." 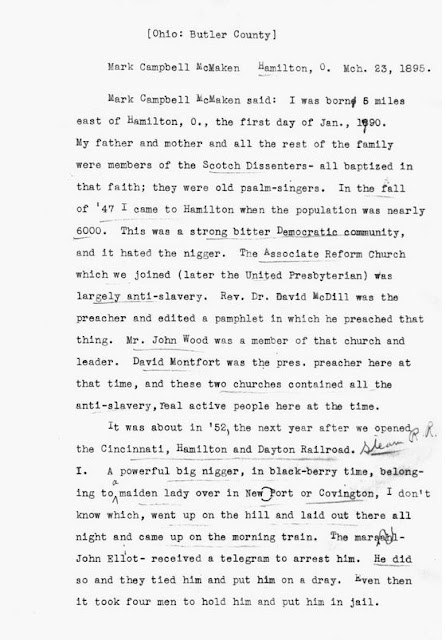 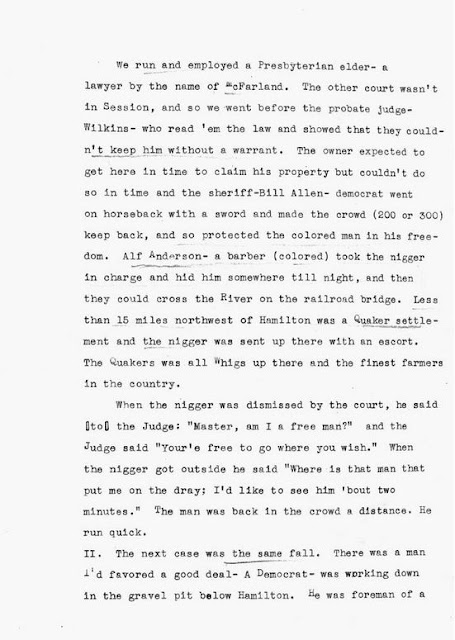 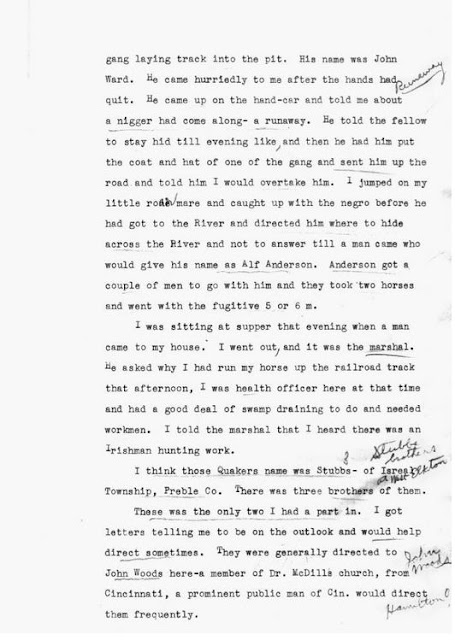 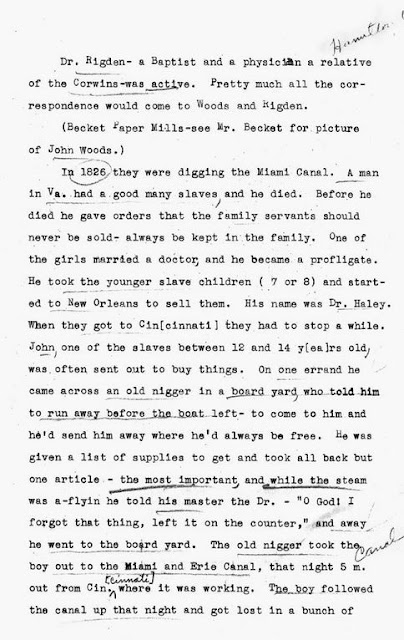 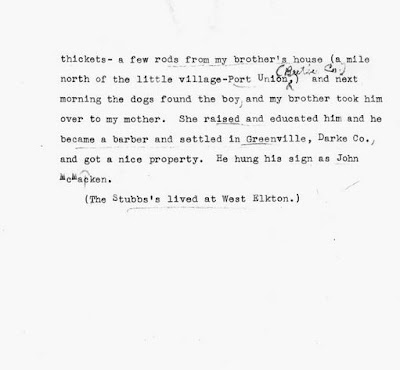